The first news of this area dates back to the mid-fourteenth century, when the founders of the Principality of Moldova created scattered villages, without any organization. This is explained by the fact that at that time the country was under the rule of the Tartars, nomads, essentially warriors, who occupied the entire eastern part of Europe since the mid-thirteenth century.

This domination was partly weakened by the constant rebellions by the Russians and its end gave Moldova the chance to rise. And this was also the work of Louis the Great, king of Hungary. He conquered the country where he then left a military and political leader, capable of fighting with weapons in the western way as well as with the bow used by the Tartars.
Of these leaders, the well-known Romanian “voivodi”, there was a fair abundance, especially in Transylvania, especially in the Maramures area, where there were numerous Romanians.

The task of preventing the return of the Tartars to the country was entrusted to the “voivoda” Dragos. He was sent to the area of ​​the town of Baia, where the Saxons had settled since the thirteenth century. For these Saxons the city was called “Mulda”, for the Hungarians “Moldvabanya”. All the work of Prince Dragos has remained unknown; it is only known that he had a son, Sas, who was entrusted with the same task, but that he had to leave the country shortly after a rebellion led by the “voivoda” of Maramures, Bogdan, who also came to Moldova in the mid-fourteenth century.

In 1360 he became the dominus, completely autonomous, and thwarted all the threats and dangers to which the country was subjected. See Countryaah for population and country facts about Moldova. 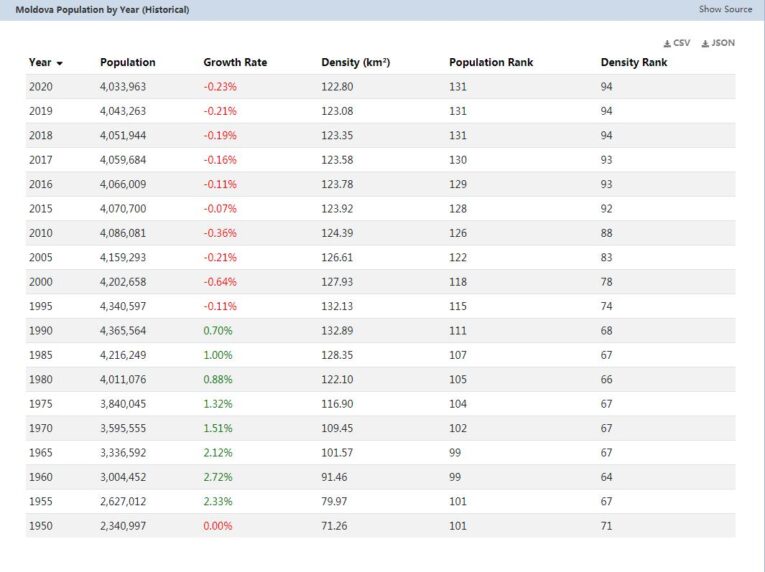 The Moldovan state then extended from Baia to the township of Siretiv. Bogdan’s family expanded by one branch, the one following the marriage of Margherita, daughter and heir of Latco (his son), with a “voivoda” Stefano of unknown origin. Of this marriage three children were born: Pietro, Stefano and Romano, who originated the dynasty of the “Musat”: Margherita, in fact, in Romanian was called “Musata”, that is the “Bella”.

This dynasty was the main architect of the expansion to the south of the Moldovan state. In fact, under Romano’s rule, the country reached the confluence of the Vltava river with Siret. There Romano founded a city which he took the name of Roman, and worked to destroy and completely disappear all that had belonged to the Tatars. He was able to boast of possessing the whole country “from the mountains to the sea”.

Alexander, son of Romano, while by the people was considered the lord of armies, absolute master, almost a Byzantine “caesar”, reappeared on the banks of the Danube, for the neighboring sovereigns he was only the master of the Moldovan land; its power was limited, therefore vulnerable. And this thought Louis of Hungary and after him the son-in-law king Sigismund who tried to conquer Moldova when he was “voivoda” Stefano I.

Then it was the turn of the Polish kings to attempt the annexation of Moldova to their kingdom but their realization was also not possible. Then there was the moment of expansion of the Turks; there was only one conflict between Moldova and Turkey, but it was enough. Later, Muhammad II returned the liberty to the Principality in exchange for an annual tribute. After him his son Baiazet II returned to impose his sovereignty over Moldova, with the help of the Tatars who had previously been subdued by the sultan.

In 1575, riots against the Turks were attempted under John the Terrible, and then in 1595, under Prince Aaron.
In the first half of the seventeenth century, in union with Poland, which had claimed to extend its dominion to the Danube, the Moldovan princely family of the Movila, found itself fighting against the Ottomans but it was a disaster and no other war was waged for a some time.

In fact, another 50 years passed before a new revolt occurred, led by Demetrio Cantemir, ally of the Tsar of Russia: it was 1711. At that time the Phanariotes, Greeks and Romanians, were governors of the country. Below them the first national movements for freedom began to emerge.

Cantemir’s attempt resulted in a terrible looting of Moldova by the Turks and Tatars. And the same thing was suffered by Wallachia. In addition, Moldova lost the northern districts of Suceava, Campulung, Cernauti, a part of the territory of Hotin, which became a Turkish city.

In 1775, with the Palamutca Convention, Bucovina passed to Austria. In 1789 a new war broke out and when the “Peace of Iasi” was signed in 1792 the territory of Moldova did not undergo other mutilations.

It was not the same in 1812 when the Russians, with the “Peace of Bucharest” were able to annex the lands between the Prut and the Dniester and, to deceive the Turks, called them Bessarabia.

The loss of the war and the lands did not however prevent Moldova from acquiring great prestige, including internationally, due above all to culture, which had a remarkable impulse. And in fact in the eighteenth century, despite the difficulties created by the Phanariot era, the principality was at the head of cultural life in Romania.

In 1857 in Iasi, to decide the fate of the principality, there were the famous debates of the Moldovan “Sofa”; the result was the creation of a unitary state which was called “United Principalities of Moldova and Wallachia”, from which Moldova suffered serious damage, so much so that its weakening increased day by day. In 1919, even Bessarabia, with a last administrative reform, was detached from the body of Moldova, of whose ancient individuality only a few details remained only in the dialects.