The archipelago of Malta is formed by the island of the same name, by Gozo, Camino, Filfola and other rocks and islets. It is about 90 km away. from Sicily.

It was a land of Phoenicians, Greeks and then in 218 BC of the Romans. St. Paul landed there after a storm during one of his travels and stayed there for three months during which he worked to convert the natives to Christianity.

It was then occupied by the Vandals, the Goths, the Byzantines and the Arabs in 870. In 1091 it belonged to the Normans of Sicily. But the most glorious period of the island was that in which the Knights of St. John of Jerusalem resided there who held it from 1530 until the Napoleonic occupation of 1798.

These Knights, a mixed military and religious organization, found themselves in 1522, albeit with very limited forces, having to fight a holy war in defense of Rhodes against Suleiman the Magnificent, one of the most powerful sultans that Muslims have ever had. See Countryaah for population and country facts about Malta. 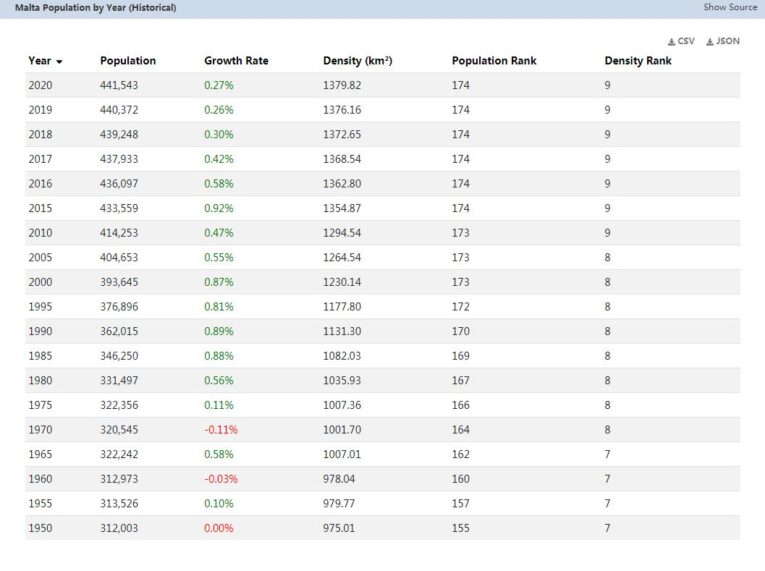 For more than two centuries they occupied the island when Suleiman, in order to annihilate Christians and subject all peoples to Islamism, sent his well-organized fleet to besiege the island of Rhodes. He found incredible resistance from the Knights; He was greatly fascinated by it, so much so that, after 145 days of resistance, he asked to meet their leader, the Grand Master Filippo de Villiers de l’Ile-Adam, to whom he expressed his great admiration and to whom he made a very honorable surrender proposal., that of being able to leave the island safe and sound, which was accepted.

They wandered a bit in different Mediterranean countries, then in 1530 the emperor Charles V of Spain entrusted them with the island of Malta with the task of defending it, as their possession, from the barbarian raids.

More than 30 years passed in peace and in 1565 Islam returned to the Mediterranean, always led by Suleiman, now 71 years old.

Precisely because in late age, Suleiman entrusted the task of the war against Malta to Dragut, one of the most daring pirates of those times. The latter, with 200 ships and 30,000 men, set out on the attack against an army of just 7000 soldiers. The Grand Master of the Knights, Jean de la Valette, defended the fort of Sant’Elmo strenuously, inflicting a loss of 6000 men on the enemy.
In this situation Dragut began to visit his soldiers in the trenches and in one of these he found death, hit by a sliver of rock shattered by a cannonball. The Turks closed the venture: for the second time in their history they had to bow to the valor of the Knights of St. John of Jerusalem.

They remained in Malta exercising their sovereignty until 1798 when the island fell under the occupation of Napoleon who placed a French military base there to prevent its conquest by the British. After Napoleon fell, Malta was immediately occupied by the British.

From 1919 to 1933 it had an autonomous constitution. Then it became a “colony” of the British Crown.

During the Second World War Enrico Mizzi, head of the Maltese Nationalist Party, was interned in Uganda. In 1947 the island asked to have independence and a unicameral government. Then in mid-1949 there were other specific requests:
– Statute of Dominion;
– parity of the language: on September 2, 1936 there had been extensive demonstrations against a measure that imposed the official language of English, with the abolition of Italian and the approval of the Maltese dialect;

Then he sent an ultimatum to the London government in which he threatened to ask for the protection of another world power (the United States) to which to sell naval bases.
On September 10, 1950 there were elections which were still won by the Nationalist Party. Elections were held again in 1953 and the seats were assigned as follows:
– 19 to Labor;
– 18 to nationalists;
– 3 to the Workers’ Party;

the latter, combined with those of the nationalists, led to a coalition government. In February 1956 a plebiscite was organized which asked to decide whether or not to integrate the United Kingdom. There were many abstentions and null votes but those in favor of integration were more than triple the protesters. The government in office resigned between demonstrations and strong unrest. A state of emergency had to be proclaimed and the governor had to assume full powers in person.

In November / December 1958, Maltese political leaders met in London with the British government to discuss the need to establish a constitutional government, but no agreement was reached.

A first turning point occurred on April 15, 1959 when, revoked the old Constitution, a new provisional one was promulgated.
With this, an Executive Council was established, able to manage, with the exception of some cases, the legislative and administrative powers together with the governor.

Thus established this situation of independence, a conference was held in London from 16 July to 1 August 1963 to discuss various themes all concerning the island, namely:
– the “status” of the Maltese Catholic Church;
– the choice between monarchy and republic;
– belonging to the Commonwealth;
– the electoral system;
– the holding, or not, of new elections before the declaration of independence.