Central Europe is defined differently according to which views are used. It is generally considered to include Germany, the Benelux countries, Switzerland, Austria, Hungary, the Czech Republic, Slovakia and Poland, occasionally Romania, Slovenia, Croatia and Serbia.

Central Europe as a concept has its roots in German romance. In his book Central Europe (1808), Johann August Zeune defined the region as the geographical area where Germanic and Slavic culture met, between the southwest ( Italy, Spain and the Balkans ) and the northeast (the North and Russia). His central Europe included France, the German states and the Empire of the Eastern Empire, which at that time extended into present-day Ukraine. 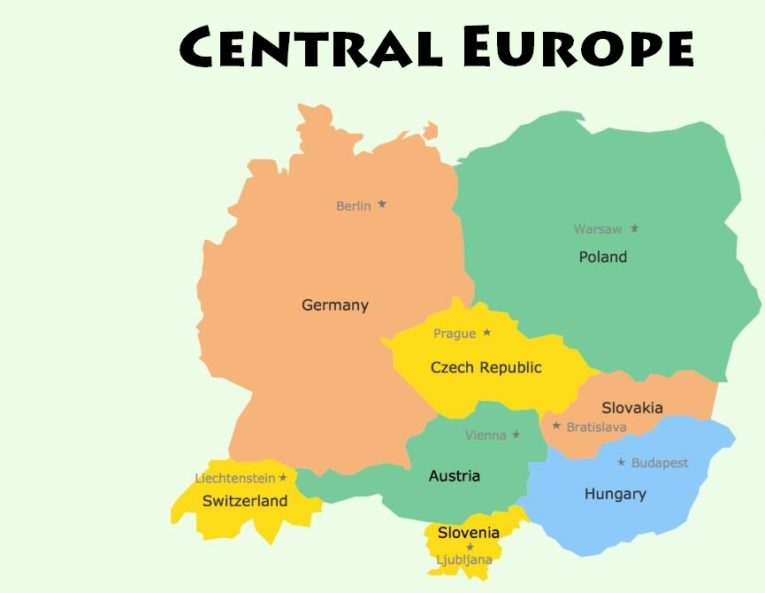 Zeune’s new central Europe was defined at a time when the European self-image was changing. Since Roman times, the southern parts of Europe had been considered civilized, and the northern ones were barbaric. This old way of thinking began to change during the Enlightenment period in the 18th century, and Zeune’s division can therefore be said to be a geographical intermediate position, away from a north-south division and towards a west-east division.

In German-language literature in the 19th century, Central Europe became an important concept, as a collective term for the so-called German-language space, where at least the elites in the German states and Austria spoke German. The term was often used rhetorically in defense of German cultural and political hegemony, and in anti-Slavic and especially anti-Polish propaganda. The German liberal thinker Friedrich Naumann’s book Mitteleuropa (1915) was the intellectual pinnacle of this trend. The book, which was written during the First World War, argued for a German-led Central European Federation centered on a common economic-cultural horizon, and with a sting against the purely chauvinist anti-Slavic ideas around Central Europe that up until then had debated the concept.

With Germany and Austria-Hungary’s loss in World War I, this liberal idea of ​​Central Europe was largely disregarded in these countries, and the concept was taken up by German and Austro-Hungarian revengeists, and later Nazi ideology. The German historian Helmut Rumpf went so far as to call Central Europe the political and legal core concept behind the formation of the Third Reich.

However, these more conservative, imperialist ideas led to a fragmentation of the concept of Central Europe. The German-speaking areas were often referred to as Zwischeneuropa (Central Europe) while thinkers in the new independent states east of Germany and the Austrian Republic tried to conceptualize Central Europe as the multi-ethnic areas between German-speaking countries in the west and the Russians in the east.

An understanding of Central Europe as consisting of free states between Russia and Germany was far from unanimous in the interwar years, but came to fruition among intellectuals in the most western Warsaw Pact countries during the Cold War. Among these, the term became a collective term for a Central European high culture, in contrast to Soviet-Russian barbarism and crass Western materialism. However, this flow was counteracted by the communist authorities, which for ideological reasons focused on a sharp distinction between Eastern and Western Europe. For this reason, thoughts about Central Europe were largely disseminated by emigrants to the capitalist West, such as the author Milan Kundera.

These intellectual currents grew as the communist regimes softened throughout the 1980s. At the same time, West German historians turned away from the concept of Central Europe, infested as it was with Nazi propaganda, and most declared empathetic West Germany as a Western European state.

These debates during the Cold War caused the notion of Central Europe to be enthusiastically raised as a regional marker of Russophobic post-communist countries after the fall of communism. It gave them an opportunity to create a distinct cultural sphere, separate from Western European domination, and at the same time maintain a sharp front against Russia in the east. As Russian influence dwindled and Western European influence increased beyond the 2000s, more and more countries west of Russia declared themselves Central European, and the self-declared borders of Central Europe now extend from Poland and the Czech Republic in the west to Ukraine in the east.. Given the floating boundaries to the east and the obvious similarity to western definitions of Eastern Europe, this area is often now called East-Central Europe. 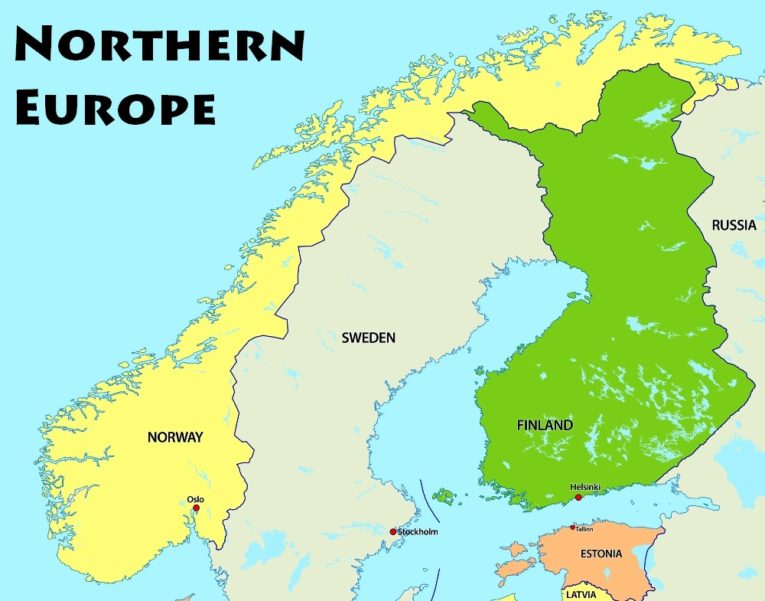