An early nomadic empire, Xiongnu – presumably Turkish-speaking – reached its greatest extent during Mao-tun 209-174 BC. It encompassed at its highest Central Asia from Manchuria in the east to northeastern Turkestan in the west and emerges as a well-organized state that entered into diplomatic contact with the Chinese Empire. approximately 50 BC Xiongnu had played its political role. However, the wall and the nomadic kingdoms did not close off relations between China and the rest of the world. The connection to xiongnu opened up for the Chinese contacts to the west, and it is in these centuries that one can first identify the Silk Road, which connected China with the Middle East, India and Europe.

After 300 AD put a greater wave of attacks from the nomads of the steppe towards the agricultural cultures of the east, south, and west. The background to this wave of attacks is not known, as the earliest written testimonies of the nomadic peoples themselves are only available with the Turkish Orkhon inscriptions from the 730’s, so only the nomads are known through European, Chinese and Middle Eastern sources. It is possible that the natural population growth among the nomads was so great that the steppe land in the long run was not enough for the growing population and its herds. However, there is no doubt that the nomads did not come as disorganized robber gangs. The formation of larger nomadic states such as Xiongnu shows that there was an early tradition of state formations that, under a strong leader and a central leadership, united a large number of tribes and clans.

In the period approximately 220-589 AD the whole of northern and western China was ruled by a series of nomadic dynasties, which, although soon to be influenced by Chinese culture, as has so often happened to nomadic conquerors in agricultural cultures, but who also left deep traces in Chinese culture. It is likely that the nomadic attacks that in the 400- and 500-t. aimed at the countries of the west and south (the Huns, the Avars, the Heftalites), were part of the same wave of expansion that hit China. Persia was the area that, by virtue of its armored cavalry, proved best able to repel the nomadic attacks, and all the way to the 500-t. thus also protected India, which during the Gupta dynasty (320-approx. 570) experienced its cultural golden age.

The attacks had a devastating effect on the vulnerable agricultural cultures, but the nomadic domination also opened up the possibility of closer contacts between the various Asian cultures. The caravan routes were kept open not only for the merchants and their goods, but also for cultural currents such as Buddhism, which from its homeland, India, in the 300-500-t. along the Silk Road through Central Asia reached China, where the new faith in the form of mahayana became widespread.

While India after nomadic attacks in the 500-t. went into a long period of division, occurred there in the 500’s and 600’s. crucial events in China and the Middle East, which again for some centuries ensured political stability.

China was united during the short-lived South Dynasty (581-618), and this was followed by the Seaweed Dynasty (618-907). The unity was strengthened through support for Buddhism in a form adapted to Chinese cultural traditions, and through a canal construction that connected the Huang He and Chang Jiang rivers. It was also in these centuries that Korea, Japan and northern Vietnam became involved in the Chinese cultural circle – first with the Buddhist mission, then with the imitation of Chinese scripture and Chinese political institutions. In the west, the Tang Dynasty resumed its expansive policy, and the oases along the Silk Road were again brought under Chinese military control.

During the Tang Dynasty, the administrative practices and the recruitment of officials were established through examination in the classics, which up to our time has ensured the continuity of the Chinese Empire in spite of all political upheavals. As the fertility of the Chang Jiang Valley could be fully exploited through extensive waterworks, the economic and political center of gravity shifted to the south. This shift to the south continued during the Song Dynasty (960-1279), which in 1127, after the loss of the northern part of China to a nomadic kingdom from the north, increasingly concentrated its forces on internal development and on contacts to the south and west across the sea.

In the Middle East became the decisive turning point in the conquest and spread of Islam after the death of Muhammad in 632. The Sasanian Empire, which had so long held out against nomadic attacks and in the battles against the Roman Empire and the Byzantine Empire, collapsed in a few years against the Islamic attacks. In India, the first Islamic attacks gained only superficial significance; in contrast, Western Turkestan – the area that now forms the Central Asian republics east of the Caspian Sea – was soon occupied by Islam. This expansion brought Islam into contact with the outermost Chinese outposts to the west. In 751, a Chinese army suffered a defeat of Islamic troops at Talas. The battle was not of significant military importance, but the maintenance of dominion over the distant western outposts in the long run placed great demands on the resources of the Chinese empire. From the end of the 700-t.

To a large extent, Islamic expansion put an end to the cultural diversity that had characterized the Middle East defined by ABBREVIATIONFINDER. Over the following centuries, Islam became the dominant religion and Arabic the most widely used written and spoken language, while Persian retained its high status as both an administrative language and a literary language. 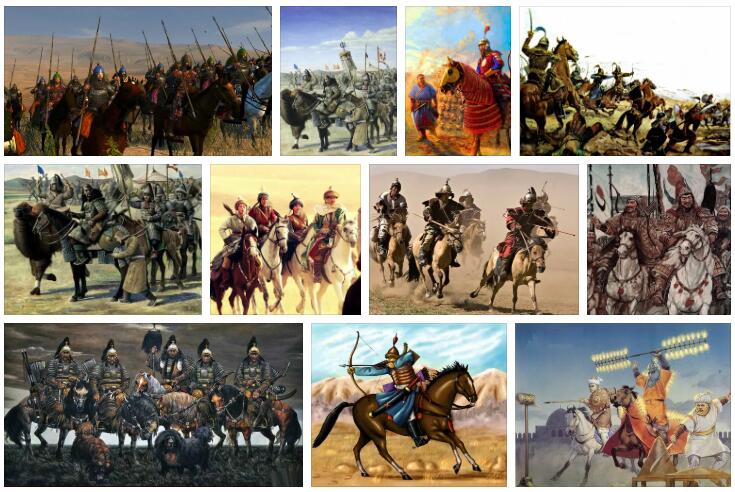 The political unity in the Middle East, created with the Islamic conquests, became of rather short duration. An essential element of the process of dissolution that set in from the 900’s was again a nomadic people, the Turks, who first as slave soldiers, then as rulers created dynasties of shorter or longer duration. The Turks added to Islam a military dynamic that led to the conquest of Asia Minor (1071) and through the following centuries to the establishment of an Islamic empire (Ottoman Empire) in the ancient Byzantine territory. The Turkish language, spoken by the new rulers, took its place as the third major language of Islam alongside Arabic and Persian.

It was also Turkish army commanders who spearheaded raids against India and the creation of an Islamic empire, the Delhi Sultanate, in India from 1206. Throughout the following century, Islamic conquerors subjugated almost all of India, and their religion gained increasing popularity both in the northwestern territories, where the connection to the Islamic core country in the Middle East was strongest, and in Bengal, where the clearing of rainforest to arable land was still going on. First from approximately In 1335, a Hindu reaction began with the establishment of the South Indian kingdom of Vijayanagar.

Turkish dominance remained in the 1200’s. interrupted by yet another wave of nomadic attacks from Central Asia, which under Genghis Khan and his sons for a time created the largest empire that Asia (and the world) has yet seen, the Mongol Empire. After the death of Genghis Khan (1227), the empire was divided between his sons, who continued the attacks to the east, south and west. The conquest of northern China, initiated by Genghis Khan, was completed in 1234. The Russian principalities were incorporated in 1237-40. As early as 1219-21, Turkestan and Persia had run over, and in 1258 Baghdad fell, which since the 900-t. had been the central city of Iraq. After 1259, the empire dissolved politically.

In several respects, the short-lived conqueror gained lasting significance. The roads through Central Asia stood open like never before. It was thus during this period that Europe from explorers, first and foremost Marco Polo, received reliable intelligence about distant China, and it was the open caravan routes that in the mid-1300’s. brought the plague, the black death, to both China, the Middle East and Europe. It is also possible, although the theory is disputed, that the Mongol storm was the cause of the decline of the formerly good Middle Eastern economy by virtue of the devastation and genocide that were part of the Mongolian strategy.

As so often before, however, the conquerors were soon affected by the conquered territories. In the west, the Mongols took over Turkish language, Islamic religion and administrative customs from the conquered territories. In the east, after their conquest in 1279 of all of China, they founded a dynasty, the Yuan Dynasty, which was soon deeply influenced by Chinese culture, although the dynasty sought to make use of non-Chinese military personnel and officials – such as Marco Polo.

The world empire of the Mongols was the culmination and beginning of the end of the millennial period in which the nomads had repeatedly intervened in the life of the agricultural cultures. The development of firearms and of new infantry tactics was probably crucial in this context; the prepared nomads lost the military-technical lead which their mastery of the horse had created. Throughout the following centuries, however, rulers and soldiers of Turkish origin continued to play a prominent role in the Middle East (or the western Asia according to COUNTRYAAH). Timur Lenk’s attempt to restore the Mongol Empire, 1370-1405, was of short-lived significance, but in 1526 his descendants founded the Great Mughal Empire in India.

At the same time, the caravan routes through Central Asia began to lose the importance they had for the communication between the different world cultures. Only a few goods were so expensive that they could bear the cost of years of land transport, and silk had gradually become available from production areas other than China.