Abbreviated as BY by ABBREVIATIONFINDER, Belarus is a landlocked country in Eastern Europe. As a former member of the USSR, it still has close ties to its eastern neighbor, Russia. Belarus lies in the area of ​​the Eastern European lowlands. The relief is formed by the Ice Age. Boggy lowlands and plains interrupted by moraines characterize the landscape. The mountain ranges of the Byelorussian Ridge rise to 346 m. The country’s climate becomes increasingly continental towards the east. Almost a third of the country’s area is covered by forests and a fifth by bog. The country is rich in inland lakes, reservoirs and rivers. The largest are Djnepr, Pripjet and Düna.

As a result of the Chernobyl reactor disaster in 1986, almost half of the country was radioactively contaminated, and a quarter of the agricultural area became unusable.

Around 80% of the population are Belarusians, 13% Russians. Minorities are Poles and Ukrainians. Almost three quarters of the residents live in cities. The metropolitan area is the capital Minsk. The restructuring to a market economy began in Belarus very late and slowly. The economy can only recover slowly and with the support of Russia.

Potatoes, grain, sugar beets and vegetables are grown on the remaining agricultural land. There are hardly any natural resources. The establishment of a primarily manufacturing industry did not take place until the 1950’s and 1960’s, but it is dependent on imports of raw materials and energy. Machine, vehicle and device construction are the most important branches.

Belarus has been independent and a member of the CIS since 1991.

Belarus borders Russia to the north and east, with which it continues to have the closest contact of all the former Soviet republics. Belarus borders the Ukraine in the southeast and south, and Poland in the west. In the northwest, Lithuania and Latvia are the neighboring countries. The country is about three times the size of Ireland.

Belarus is located in the west of the Eastern European lowlands. Plains and valleys determine the landscape. The relief was shaped by the Pleistocene inland glaciation.

In the far north lies the Polosk lowland. It is very swampy and rich in lakes.

Further levels adjoin to the south. They are interrupted by moraines.

These plains are bounded by the Belarusian ridge. This terminal moraine reaches a height of 346 m north of Minsk.

The south of the country is occupied by the flat swamp region of Polesia. It continues to Ukraine.

Belarus is rich in surface water. There are around 10,000 inland lakes, 130 reservoirs and thousands of watercourses. The Djnepr with a length of 2200 km after the Volga and the Danube the third longest river in Europe. It flows through eastern Belarus over a length of 700 km.

The Berezina is 613 km, the longest tributary of the Dnieper. The Memel rises to the west of Minsk. Her name is Nyemen here. It flows into the Baltic Sea after 937 km in Lithuania.

The largest lake in the country is the Narotschsee with 80 km². It belongs to the lake district in the northeast of the country that was formed by glaciers from the Ice Age. 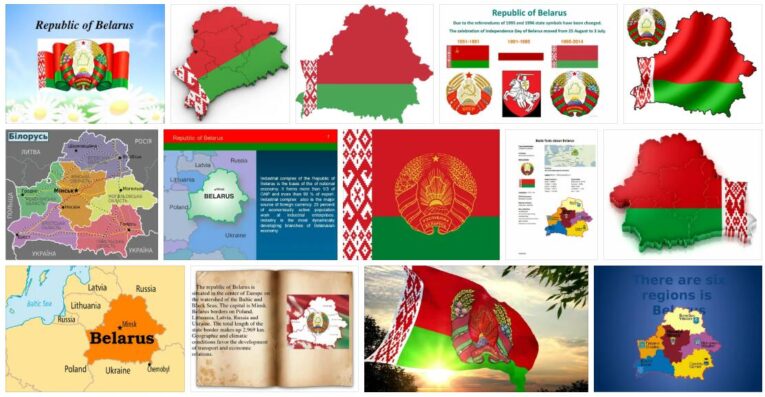 The climate is predominantly continental. The summers are warm, the July mean is around 18 °C. Winters are very long and cold. The average temperature in Minsk from December to March is below freezing. Night frosts of –30 °C are not uncommon.

The annual amount of precipitation decreases from the northwest with 600–650 mm to 550 mm in the southeast. Most of the precipitation falls in spring and summer (Fig. 2).

About a third of the country is covered by forests. In the north, spruce, fir, pine and birch are widespread. The proportion of oaks, beeches and elms increases towards the south. More than 20% of the land is bog and swamp areas. Here peat moss, cotton grass, reeds and willows determine the vegetation.

The conversion from the planned economy to the market economy took place late in Belarus (privatization law of 1993) and only slowly. She has repeatedly suffered setbacks. The consequences of the Chernobyl reactor accident, the highly expensive Russian energy supplies and the loss of western sales markets hampered an economic upturn, as did a lack of privatization and modernization efforts and an anti-reform attitude on the part of the government and administration.

The economic problems are supposed to be overcome by closely leaning towards Russia. A customs union with Russia has existed since 1995.

In agriculture, the collective farms and state farms from the Soviet era still dominate.

As a result of the Chernobyl reactor accident, around a quarter of the agricultural area is contaminated and withdrawn from use. The remaining areas are mainly potatoes, grain, sugar beets and vegetables. Flax is grown in the north of the country, and hemp is also grown in the south. Cattle and pigs play a major role in livestock farming.

Belarus has few natural resources. The establishment of an industry only began in the fifties and sixties of the 20th century. The manufacturing industry is well developed. However, it is dependent on raw materials and energy imports. The most important branches are machine, vehicle and equipment construction as well as the chemical industry including petroleum processing. In addition to the food industry and leather processing, the textile industry is traditionally important.

As a transit country, Belarus has a well-developed rail and road network and 2500 km of inland waterways. There is an international airport in Minsk. Important Russian export pipelines for oil and natural gas run through the country.

since the 6th century: settlement of Slavic tribal associations

in the 8th century: Swedish Vikings, the Warangians, rule the country.

End of the 18th century: Belarus becomes part of the Russian tsarist empire.

1921: Division of Belarus after the war between Soviet Russia and Poland

1922: The western part falls to Poland, the eastern part becomes part of the USSR as the Belarusian Soviet Republic.

August 26, 1991: Belarus leaves the USSR and becomes an independent republic and member of the CIS (see also CIS countries).