Beautiful Ljubljana may not be the most obvious destination for Norwegians on a city break, but it should be. This is undoubtedly one of Europe’s most charming and romantic cities. Residents often describe life in Ljubljana as being on a constant holiday trip. It is comfortable, exciting, safe and friendly.

According to Abbreviation Finder, the capital of Slovenia has a population of no more than 280,000 people. The city is located in the middle of the small country bordering Italy, Hungary, Croatia and Austria. There is evidence that people lived where Ljubljana now stands, as early as antiquity. The city was an important trading center both when the Habsburgs ruled in the Middle Ages, and later as part of the Austro-Hungarian dual monarchy. 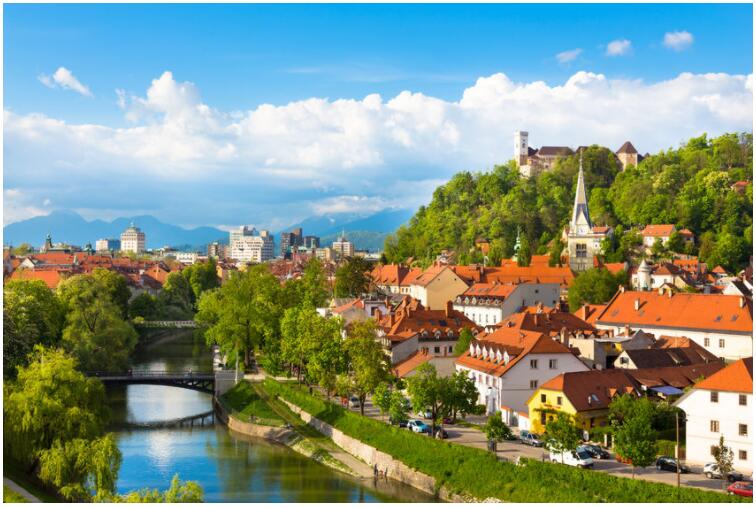 Therefore, you should take a trip to Ljubljana

Ljubljana is a very beautiful, clean and safe city. It is considered not only as Europe’s greenest capital, but also as one of the most tourist-friendly. The city authorities have long focused on the quality of life of the inhabitants, which benefits visitors. Art and culture are important ingredients. Ljubljana bears the title of the world capital of literature, composers such as Beethoven, Mahler and Hayden have strong connections here, and today’s cultural life is rich and exciting. Everything is framed by pretty streets and impressive architecture. Charming is perhaps the word that best describes Ljubljana.

As of today, there are no direct flights between Norway and Ljubljana, and a stopover is required. The easiest route is probably to travel via Copenhagen, and take direct flights on with Adria Airways, Slovenia’s own airline. Alternatively, you can fly directly to Vienna or Berlin (both operated by SAS and Norwegian), with flights from there to Ljubljana Jože Pučnik Airport. It is also beneficial in time to fly via Munich, Zurich or Frankfurt. The airport is no more than 24 kilometers outside the city center, and you can get quickly and cheaply to, for example, the old town by bus or taxi.

If you want to experience more beautiful cities on the trip to Ljubljana, we can recommend Trieste in Italy, or Zagreb in Croatia . From Trieste you can reach the capital of Slovenia in about 2 hours and 30 minutes by express train, while from Zagreb the fastest train takes 2 hours and 15 minutes. Zagreb is one of the destinations to which Norwegian has direct flights.

If you love good food and wine, you should definitely consider a trip to Slovenia. The country’s location means that the culinary traditions draw inspiration from Italy, Hungary, Austria and Croatia. Despite the country’s very limited coastline, you get a lot of good seafood at the restaurants in Ljubljana. The restaurants themselves are often small and intimate family-run establishments, with a price level that no one is significantly intimidated by. The city’s other nightlife can be described as friendly and lively, which a large number of students contribute to a large extent.

Slovenia’s capital is intimate and clear, with the best sights and experiences concentrated in a small area. As long as you choose a hotel inside, or near the old town, you will have walking or cycling distance to most things you should bring with you. The old town is also quiet and pleasant, as the whole district is car-free. Admittedly, the best of the city’s restaurants, cafes and nightlife are also concentrated in this area, but Ljubljana is still a quiet and safe city. You will hardly be bothered by noise in the old town, neither at night nor during the day.

Ljubljana is considered one of the most bicycle-friendly cities in the world. Many of the streets in the city center are car-free and easily accessible for both pedestrians and cyclists. The city is also fairly flat, and cyclists thus avoid stepping on sweat. The best part is that you will find bikes that you can use anywhere in Ljubljana. The BicikeLJ system has over 50 stations in the city center, with a maximum distance of 500 meters between each station. As a tourist you can get a subscription to BicikeLJ which lasts a week and costs only 1 Euro.

A great way to explore Ljubljana by bike is to follow one of the suggested bike routes. They are divided into different themes and take you to a selection of the city’s many parks and sights.