Traveling to Germany  is a unique experience and well worth it. The country offers excellent infrastructure for tourists, with  plenty of hotels, hostels, restaurants, cultural tours and a flawless transportation system. Whatever the city, entertainment and leisure options abound.

Follow the reading as we will now show you what you can do and what are the sights of the main German cities!

Berlin is a true multicultural city. Germany’s capital is considered the  seventh most populated urban area in the whole of the European Union. The city is home to many top universities, and houses many museums, historical monuments, parks, industries and numerous festivals.

The nightlife is buzzing with lots of bars and venues. If you are a fan of healthy living, cycling is no problem. There are many  bike paths  that cut across the city, and the streets and establishments offer  affordable tourism.

Discover the main attractions of Berlin:

You can check out the main sights of the city center by taking bus tours  in Berlin. The vehicle goes through the most famous attractions, and the guide explains the history of that place. The service is very worth it!

Munich is the capital of the German state of Bavaria. The city is located in the southeastern part of Germany and has about 1.3 million inhabitants, being considered the third most populous in the country.

Much of the city was rebuilt after World War II. This justifies the  large amount of new and modern buildings. The region is a reference when it comes to art, culture and animation.

Discover the main attractions of Munich:

Frankfurt am Main is Germany’s fifth largest city on the banks of the Main River. Considered the  financial center of Germany, the region is famous for its large skyscrapers and the amount of network of banks and financial institutions scattered around. The quality of life, safety and education is extremely high.

Frankfurt airport is one of the busiest in the world, making it one of the main departure and arrival points for planes on the European continent. You can get to know most of the attractions by taking the city bus.

Discover the main attractions of Frankfurt:

Hamburg is a basically port city with  several canals and bridges scattered  around it. These features made it known as the “Germanic Venice”. The region is very wooded, with several open parks, frequented by residents and tourists.

Discover the main attractions of Hamburg:

Düsseldorf is the capital of the state of Bundesland and famous for its fashion character and for being  Germany‘s largest carnival center. The city is considered the second largest financial center in the whole country, behind Frankfurt only.

Discover some attractions of the city of Düsseldorf:

Dresden is a city belonging to the state of Sachsen (Saxony). The region was heavily bombed during World War II. After that, it was rebuilt and is recognized as a  center of art and culture, and has a large wooded area with many parks and gardens.

Discover some of Dresden’s city attractions:

Like Dresden, Leipzig is part of the state of Sachsen (Saxony). The city has a strong musical tradition and has served as a home for several famous artists such as Goethe and Bach. The city has about 550 thousand inhabitants today.

Discover some attractions of the city of Leipzig: 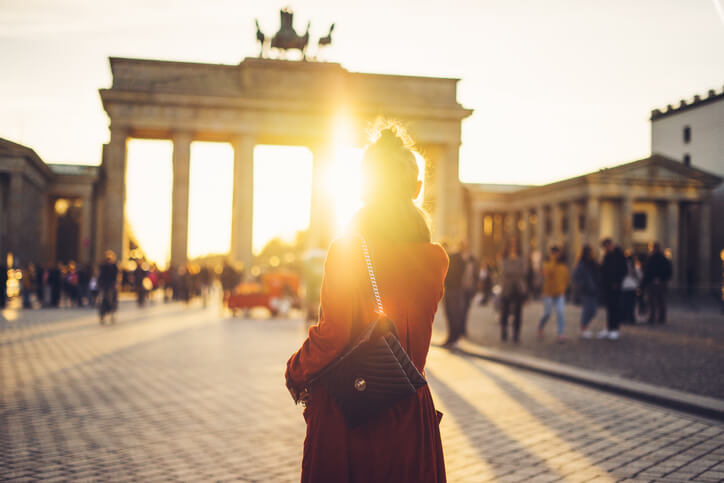