The Slavs originated from this region, which then spread to Germany, the Danubian and Balkan areas, then to Russia and Siberia. Ukraine’s oldest history is certainly identifiable with the Russian one. The heyday of this Galician-Volinic state was certainly that between the end of the 12th and the whole 13th centuries, in particular under the Roman and Danylo principles.

Around 1340 its decline began when other peoples conquered it. Thus the Hungarians took possession of the Carpathian areas; the Lithuanians took Volinia and the Poles took Galicia. The Lithuanians then also conquered the lands already occupied by the Tatars but left the local lords free and suffered the charm of language and culture from them.

When the union of Lithuania with Poland occurred, Ukraine also merged with Poland. And at the time when the Crimean Tatars threatened to invade Poland, as Poland was unable to resist, it was Ukraine that formed powerful military defense organizations. Thus was born the organizations of the “Zaporogi”, commanded by the “atamani”.

Despite this, the Polish aristocracy, harassing the Ukrainian people, provoked the first rebellions and in 1648 the atam Chmel’nickij, at least provisionally, made Ukraine independent. But for a period of a few years since with the Treaty of Perejaslavl ‘with Russia, the country was subjected to the protection of Tsar Alexis. Consequently, between the two powers of Russia and Poland, it was inevitable that Ukraine would fall into the hands of one or the other.

In 1667, with the Peace of Andrusovo, in fact, Poland had the regions west of the Dnieper and Russia those in the east.
At the outbreak of the wars of Northern Europe the ataman Ivan Mazepa, with the help of Charles XII, king of Sweden and Norway, tried to restore independence but had to renounce it because of the lost battle of Poltava.

After the victories obtained by Peter the Great, having become Russia a great power, she wanted to participate in European politics and Catherine II, despite being convinced of the goodness of the ideas of Voltaire and the Enlightenment, made Ukraine a real province Russian, also abolishing the Atamans. And this happened in 1772, and Russia and Poland were also assigned to Volinia. For a time it seemed that Ukraine, completely swallowed up by Russia, did not remain even the faintest trace, but it was not so. When in the nineteenth century Russia was the object of political and social unrest, aimed at obtaining the abolition of serfdom, freedom of the press and assembly and workers’ legislation, here are the problems of the Ukrainians, as such, resurrected. So that the Tsarist regime applied “social” measures against the hated Polish landowners and made special concessions to the Ukrainians. Around 1840, these, now intolerant of the Russification process adapted to them, founded nuclei for national rebirth. The Galicians were important for this, living in Austria, and therefore with greater freedom of action.

In 1905 a great revolution occurred in Russia which brought about profound variations in the regime, especially concerning the Ukrainian regions, which had carried out a great deal of activity; in fact, the prohibition, already imposed, on the use of the language was first removed, and in this way it was possible to resume cultural life in the country. And this was considered the beginning of the great transformations.

The outbreak of the First World War brought great hopes for the Ukrainians to separate from Russia, especially after the revolution of 1917. The Ukrainian independent government, meanwhile formed, on 9 February 1918 signed separate peace with the Central European Empires.

But the war ended with the defeat of Austria and Germany and the Ukrainian people found themselves divided between those who wanted autonomy, but within the Soviet republics, which had meanwhile formed, and those who wanted to achieve the “Greater Ukraine “Independent. There were struggles against the Bolsheviks and the Poles and in 1922 Ukraine became part of the Soviet Union.

In 1923 Galicia returned to Poland, Romania had Bessarabia and Bucovina and the so-called Subcarpatic Russia went to Czechoslovakia.

World War II was devastating for Ukraine, especially at the time of the start of hostilities between the Soviet Union and Germany.

At first it suffered the German invasion and then the Russian counter-offensive. They were deadly operations that brought death and destruction everywhere. In Kiev, the capital, ancient monuments became clusters of ruins and Charkov and Odessa also suffered the same fate, along with industries, dams and power plants. The countryside became real battle theaters, completely devastated. Much of the population, after 1941, fled to join the Soviet armed forces, but many were deported to Germany to the labor camps. The Jews were exterminated. Tragic episodes then occurred between Ukrainians themselves, that is, those who chose military for the Germans and partisans. See Countryaah for population and country facts about Ukraine. 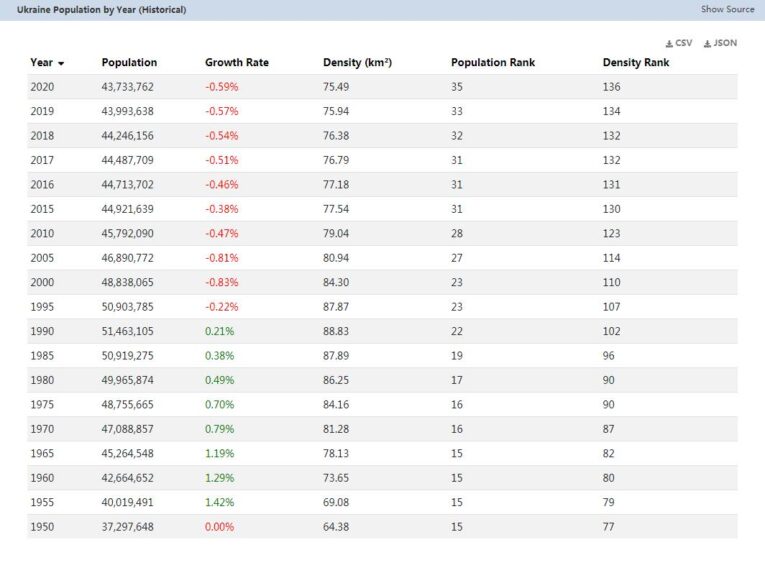 At the end of the war, with the victory of the Allies, Ukraine was able to return to its complete formation, having been able to restore its border with Poland and Romania, and annexing in 1945 the Subcarpatic Russia that had previously passed to Czechoslovakia.

Thus began the period of reconstruction and Ukraine became one of the Federated Republics of the Soviet Union. However, despite being such, it became part of the United Nations.

In 1954 the territory of Ukraine enlarged with the annexation of Crimea. Fiorente went back to being the country’s economy, as it had always been before the war. Especially the Donetz region had become an industrial center of great importance. But also the area of ​​the Dnieper valley experienced a great industrial development and also Charkov and Odessa. The industries were all reconstituted and two large gas pipelines contributed to the evolution of the country by bringing Dasava methane to Kiev, Minsk and also to Leningrad. Research for the production of oil, methane and coal had a great development. A large hydraulic complex was built in Kachovka. In addition, large irrigation canals were built, which allowed for great agricultural development. So that in a few years Ukraine became the second among the Federal Republics of the Soviet Union. Among the most important industries that developed after the war, there were those of coal, iron, oil, rubber, glass and all derivatives from mineral resources.

And there was no significant event until the moment when, with the arrival in power of Gorbachev, a new political course was started in the Soviet Union, or “perestroika”.

This meant the dissolution of the Union itself and the restoration of individualities for all republics hitherto federated. So it was also for Ukraine that it began its new course with new men. Of course, the convinced communists also played a role in the reform of the country. They asked for the renovations to take place gradually. Meanwhile, the Catholic rite church that had been literally incorporated into the Greek Orthodox church went back to its ancient physiognomy.

Then, on August 24, 1991, with the declaration of independence, Ukraine dissolved the communist party and started the socialist one, while in the Crimea the republican party had come to life.