Want to meet a promising nation emerging as one of the largest economies in the world? So you need to visit Germany! Learn all about the country here.

Considered one of the most prosperous and richest nations in the world, Germany has an ancient culture and history. The region served as the stage for striking battles of the modern period, figuring as one of the protagonists of World War II.

Today it is emerging as the  most powerful economy in the European Union  and the fourth largest worldwide (after the United States, China and Japan).

The country is over-advanced in various sectors: technology, chemicals, electronics, food and beverage, shipbuilding, automotive, iron and steel manufacturing, etc. In addition, the German language is considered the fifth most important language in the world, behind only English, Mandarin, Spanish and French.

Interested in getting to know this intense and welcoming country up close? This site has put together some tips for you to build your travel itinerary  in Germany. Good reading!

What are the main sights of Germany?

Germanic culture holds endless attractions for all tastes. In the following, we will show the main sights of Germany. Check it out! 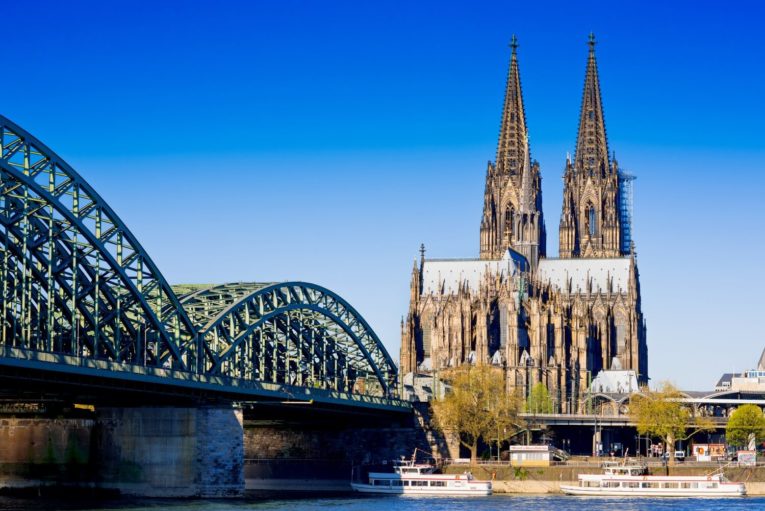 Cologne Cathedral is the true postcard of this city and is considered the third tallest church in the world, 157 meters high. Its interior has an area of ​​6900 square meters, which is divided into five naves and seven chapels.

It is a  powerful architectural monument that depicts the Gothic style. No wonder it has been declared a UNESCO World Heritage Site.

The beginning of its construction dates from the year 1248. However, the history of the Cathedral begins in 1164, when the then Archbishop of the region, Rainald von Dassel brought to the city of Cologne the supposed bones that belonged to the Three Wise Men. The space has already served as a weapons store for Napoleon Bonaparte’s army. 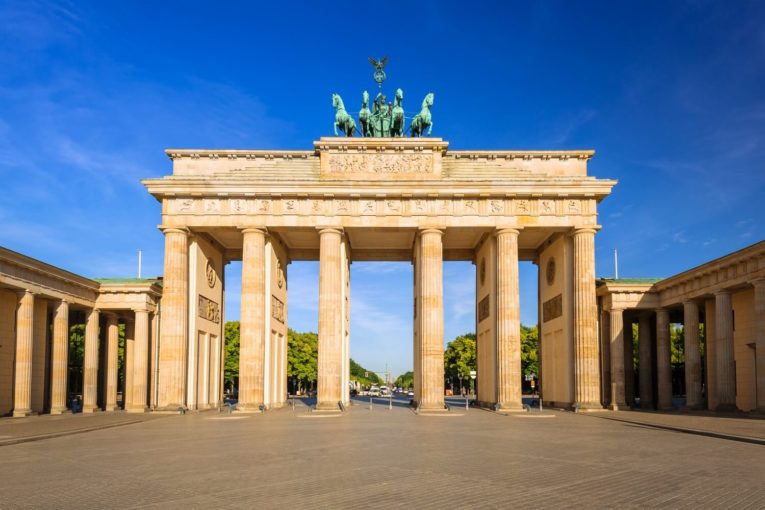 The Brandenburg Gate is a symbol of segmentation and one of Germany’s great postcards. Along with the Berlin Wall, the building was used as a division between eastern and western Berlin.

After the fall of the wall in 1989, access was allowed again. It has now become a  hallmark of Germany‘s unification  – as well as being one of Germany‘s premier sights and postcards.

Known as “Imperial Cathedral”, Aachen Cathedral is the  oldest news church in all of Europe. Its construction began in 792. The importance of this attraction made it a UNESCO World Heritage Site in 1978. 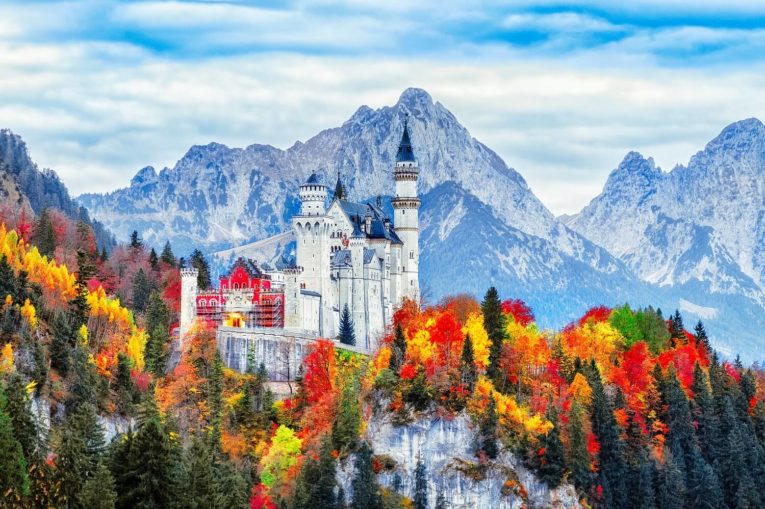 Neuschwanstein Castle (Stone Swan Castle) is located in the Bavarian region, near the towns of Hohenschwangau and Füssen. It is a beautiful castle that seems to have come out of a fairy tale.

In fact, this beautiful work of art served as inspiration for the construction of Cinderella’s castle at Disney. The attraction receives an average of 1.3 million visitors each year. 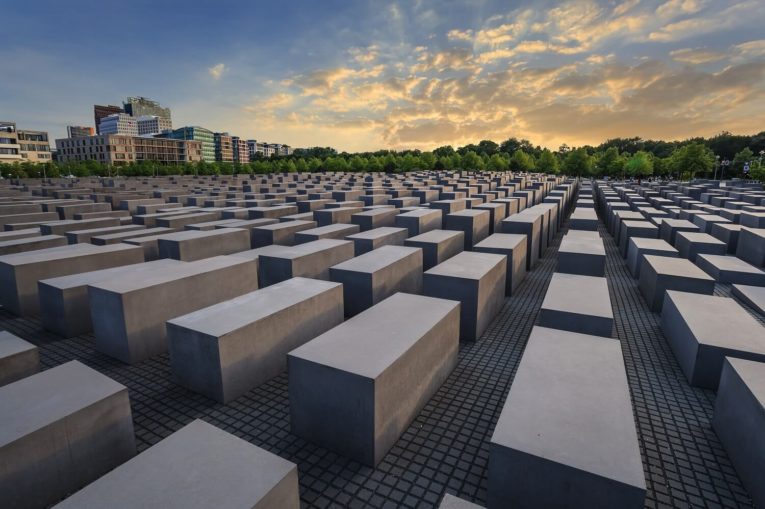 The Holocaust Memorial is  a monument that honors all Jews who were victims of World War II. Situated in Berlin, one block from the Brandenburg Gate, this landmark is a landmark depicting Germany’s past.

It was opened in May 2005 as a way to remember the end of the war years and honor the victims of the tragedy. The building has an area of ​​19,000 square meters and consists of thousands of gray concrete blocks, which are arranged parallel to each other. 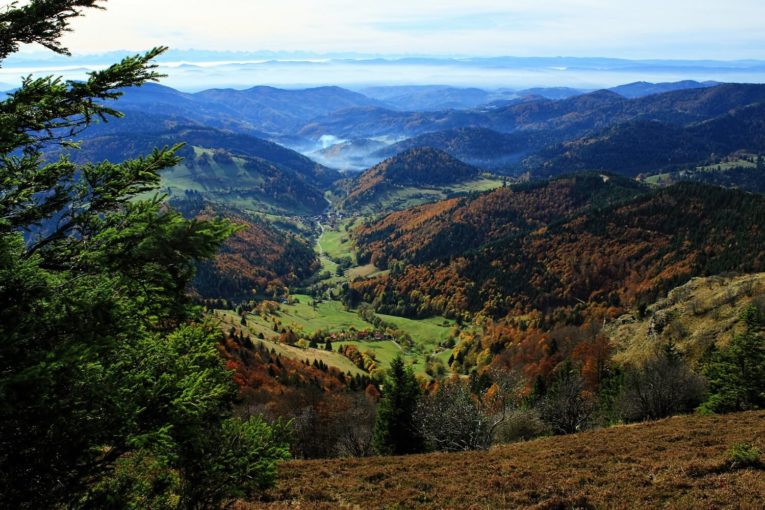 The Black Forest consists of a mountain range formed by the boreal forest which is situated in southwestern Germany, being one of the most beautiful places in the country. Its estimated total area is 200 square kilometers.

The highest peak (Feldberg) reaches 1493 meters of altitude. The region boasts a beautiful landscape with  valleys, lakes, rivers and plains. It’s worth the visit! 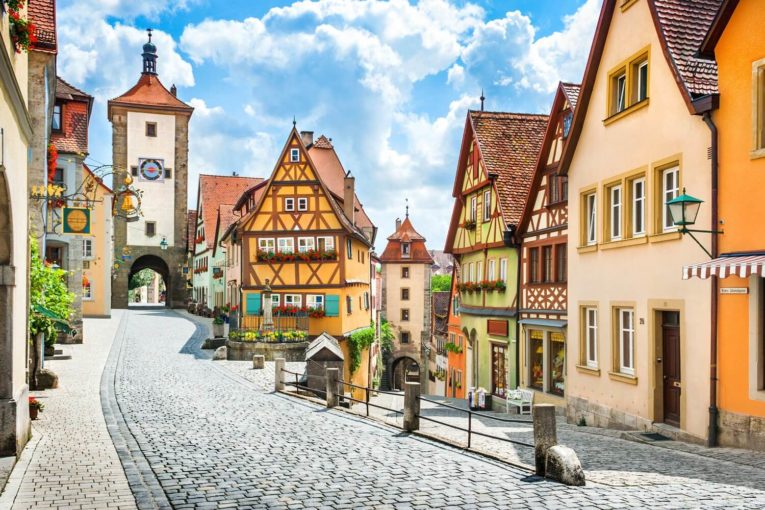 Rothenburg Ob Der Tauber means “the Red Fortress Over the Tauber River”. The city is reminiscent of medieval streets with their Germanic buildings and charming houses dating from the 15th century. With about 10,000 inhabitants, the region is part   of Germany’s Romantic Route. 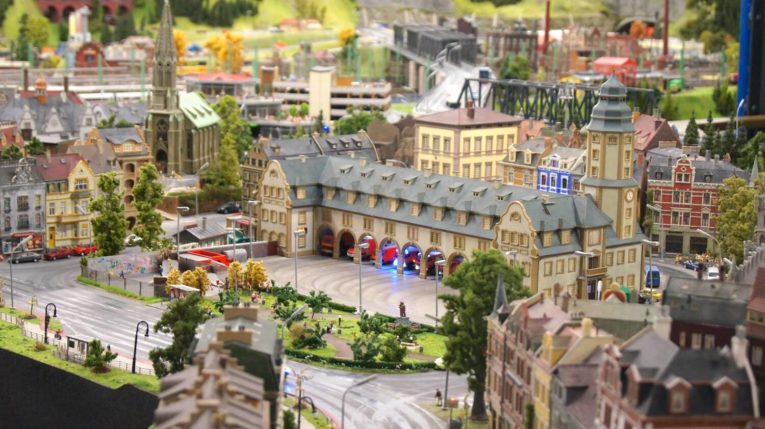 The Miniatur-Wunderland, which translates to “Miniature Wonderland”, is located in the city of Hamburg.

Attraction is a true enchanted universe! It features miniature constructions  that depict different scenarios and stories  from countries around the world, such as France, Switzerland, and the United States.

The Sanssouci Palace is located in the city of Potsdam, Germany. He was the former summer palace of Frederick the Great, King of Prussia. The site features  many temples and extensive flower gardens. Due to its great importance, the building is considered a World Heritage Site by UNESCO. 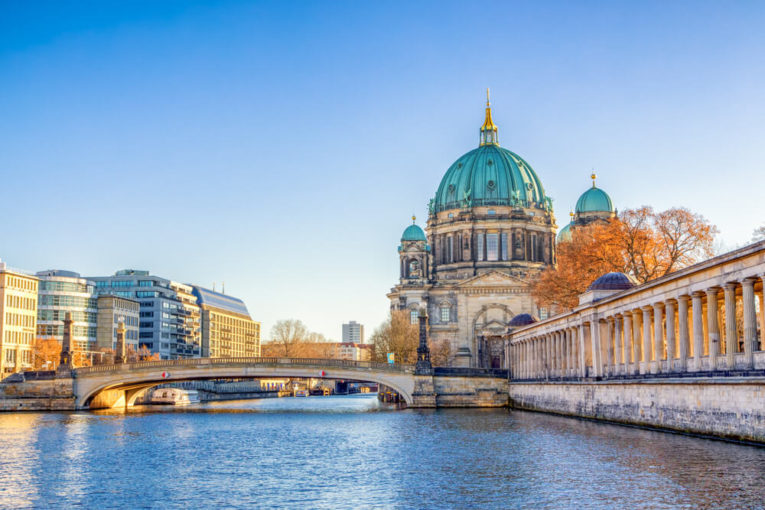 The Berliner Dom is a monumental Protestant Lutheran cathedral (approximately 114 meters long and 116 meters high). Built in  Baroque style, it is on Museum Island, on the banks of the Spree River. The attraction is very famous for its domes over 75 meters high.

The Rhine River has a length of 1233 kilometers and crosses several countries in Europe (Switzerland, Austria,  France, the Netherlands, etc.). It is considered  one of the most important waterways of the entire European continent. It is still widely used today for the transportation and trading of goods. It is worth enjoying the view! 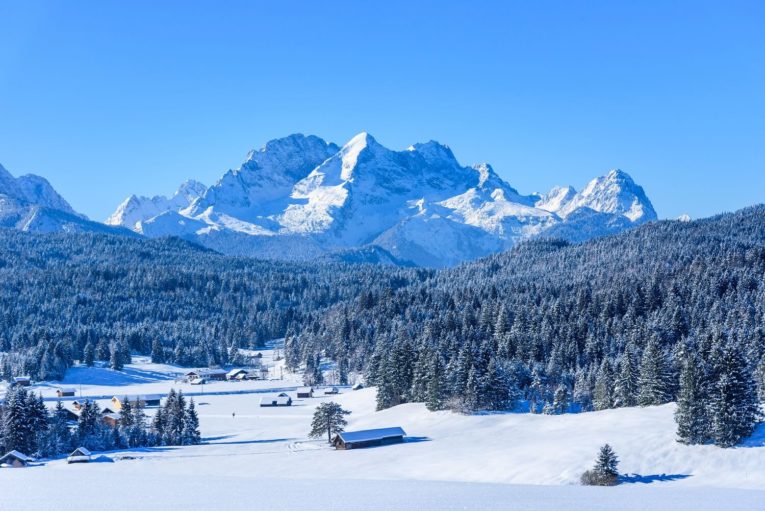 Zugspitze is a mountain located in the Bavarian Alps (in the Garmisch-Partenkirchen district and on the Austrian border). It is the  highest point in all of Germany, with 2,962 meters of altitude. From the summit, the visitor has a spectacular panoramic view of Munich (Germany), Grossvenediger (Austria), Piz Bernina (Switzerland) and Dolomites (Italy).

The region attracts tourists looking for extreme adventures such as rock climbing and mountaineering. From the ground to the top, the visitor takes about three days of climb. In addition, the place receives many visitors during the winter, where it is possible to practice snow sports.

When is the best time of year to go to Germany?

Germany is in the central position of Europe. Its climate is marked by well defined seasons. Due to the large extent of the territory, in general, the temperature varies depending on the region of the country.

In this sense,  the  summer in Europe  is usually very hot and dry, with temperatures that easily reach 40 degrees. Similarly, the days are longer, dusk only after 9 pm. In winter, in turn, thermometers can go below freezing, and days are short and dark.

Rain is well distributed throughout the year. However, in the Northeast and Southwestern part of the country (where Berlin is), precipitation is highest during winter, and summers tend to be much drier. In the far north and far south (where the cities of Hamburg and Munich are located, for example), rainfall is frequent in all seasons, without much oscillation.

The best time to visit Germany is during spring and summer  (April to June and July to September, respectively). This period coincides with the  high season in Europe, which usually receives thousands of tourists every year.

The low season (December to February) is marked by low temperatures and short days. At this time, there is less tourist movement, so hotels, tickets and tourist attractions are cheaper. Despite this, the cold is intense. If you like skiing and snow sports, you can choose to travel during this time. In addition, it is very common to find sales in stores and malls at this time.

Where to stay in Germany?

Germany has many accommodation options due to its great tourist appeal. Here are some examples of hotels and hostels divided by city.

What are the main typical dishes of Germany?

Germany has a rich gastronomy. Get to know the main typical dishes of the country:

How much does it cost to travel to Germany?

The first thing that comes to mind when it comes to travel to Germany is the idea of ​​being an extremely expensive trip. In fact, the Euro is a much more valued currency than the Real, which makes the tours a bit more expensive.

Generally, the Euro exchange rate is around R $ 4,00 (may vary). However, it is possible to travel for an affordable price and not spend so much. Want to know how? Through good financial planning!

Know the main costs to be analyzed.

Air  tickets  from Brazil to Germany are relatively expensive and often have a big impact on the final price of the trip. Generally, the price of tickets is  around $ 3,000 to $ 4,000  in the most economical class.

However, it is possible to enjoy sporadic promotions! So always keep an eye on airline websites.

Germany offers many accommodation options, with different prices and for all expenses. Generally, the more touristy cities are more expensive, while the interior regions have very attractive prices.

Generally, accommodation is  second in spending, behind the ticket only, depending on the length of the trip. So, before choosing where to stay, check the amount available to spend.

The  travel insurance  is an essential item for anyone traveling, being mandatory requirement for Brazilians go to Europe. There are several insurance companies that offer this service. This is a cost-effective item.

Mobile internet is an expense that has become essential for travel. Ideally, buy a prepaid SIM with a 3G or 4G internet plan for your mobile phone. You can buy the chip in Brazil (the price is  around 40 to 60 dollars ), or in Germany itself (from 10 euros).

Food expenses vary. It all depends on the type of food, the amount and where you will eat. On average, a meal in a good restaurant usually costs from 30 euros. In turn,  an executive lunch costs about 10 euros. Of course, if you choose fast food, you will spend less.