Alexander III, already at the time when he was hereditary prince, gathered around himself the most retrograde elements of the aristocracy and the most reactionary among the intellectuals. While some of his advisers and ministers (in the forefront Loris-Melikov) wanted to continue the policy of severe repression of revolutionary activity, not separated, however, by some liberal affirmation, in order to strengthen the foundations of autocracy through the benevolent expectation of more moderate “progressive” currents,

Pobedonoshev’s victory marks the beginning of a new period of reaction. With the same superficiality and coarseness with which the “nihilists” had borrowed the ultimately more marginal ideas from their enlightenment and materialist sources in the West, Pobedonoscev will draw inspiration from the doctrines of De Maistre, without even intuiting the vision of De Maistre of the relations between the State and the Church, or his very original attitude towards the Enlightenment. Pobedonoscev (like his followers, including the well-known journalist Katkov in the front line) often speaks of Russia’s “universal mission” and therefore refers to Slavophiles: while, however, among Slavophiles the Russian “mission” was always conceived in a predominantly spiritual way and direct knowledge of German idealism (often misunderstood) always led to a fairly high level of discussion, for Pobedonoscev the “Russian mission” may seem practically entrusted to the work of the police. In this vision of reactionary mysticism, the Russian people should have the “divine” task of redeeming other peoples of the earth: but Pobedonoshev on the other hand has no faith in this “chosen people”, he does not intend to grant him any rights. The West seems to him definitively fallen at the mercy of the demagogic and plebeian forces, of materialism: so that nothing like this can ever happen in Russia, according to him it is necessary to keep the masses in ignorance, so that they do not feel tempted to doubt religion and traditions. avite.

In 1885 a “Bank for the nobility” was created, with the aim of defending the threatened economic situation of the noble landowners; justices of the peace are suppressed; the interior minister, Tolstoy, reintroduces the traditional rules of the old bureaucracy into practice; an attempt is being made to remove the last remaining rights from the zemstvo and the municipalities; the attempt to Russify national minorities is accentuated with extreme brutality.

Poland and Finland experience in particular the abuses of denationalization from above; anti-Semitism takes off all veils: Jews are allowed to live only in certain regions, numerus clausus is established in universities, etc.; the close alliance between the throne and the altar is also accentuated in choreographic public events; the clergy penetrates more and more into the elementary school; an attempt is made to restrict access to gymnasiums to the minimum possible; the remains of university autonomy are abolished: professors will be elected by the minister, any attempt at student agitation must be repressed in the bud; independent magazines are almost entirely silenced; it will be possible to proceed under the terms of the law against laborers who abandon their work with the landowners, before the contract is terminated; attempts are made to prevent the urbanization of peasants with police practices (for fear of too rapid proletarianization); we try to throw an agreement. 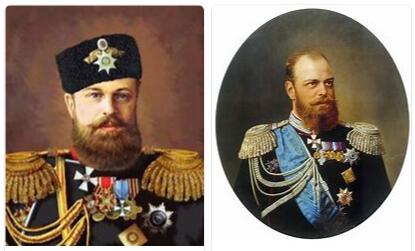