According to Abbreviation Finder, Paris has so many experiences to offer that it is difficult to choose between everything. A single city break in the French capital is simply not enough. Those who are enchanted by the metropolis of the world, and there are many of them, travel repeatedly, year in and year out. Here you can read about the best areas to stay in, and get tips on hotels that meet expectations. 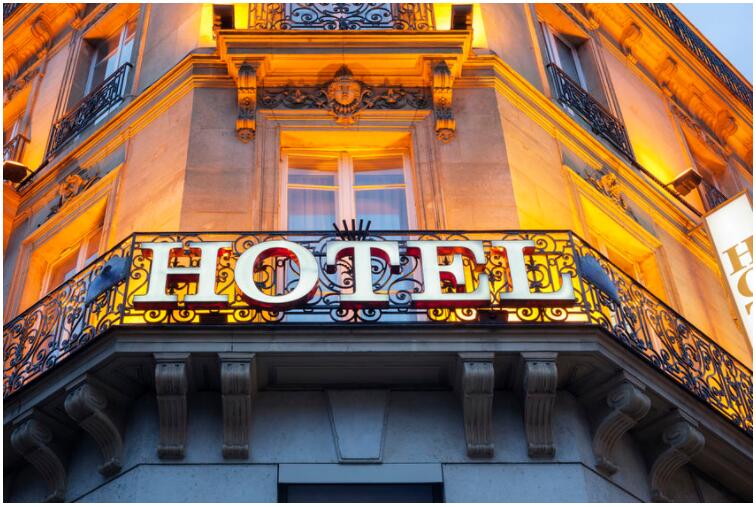 Two recommended hotels in the first arrondissement of Paris

The first arrondissement is located along the right bank of the Seine, and includes part of the Ile de la Cité. The most famous landmark in the area is undoubtedly Le Louvre, the museum where you will find the Mona Lisa and about 38,000 other objects. Other well-known sights include the Place du Carrousel with the Arc de triomphe du Carrousel, the Les Halles market, the Palais-Royal and the Ile de la Cité. The district has a limited area, with the Louvre and Palais Toulieres occupying a significant share. 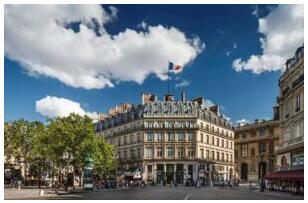 The Hotel du Louvre is part of the Hyatt chain and is perfectly located on Place Andre Malraux. Here it goes in classic, venerable and luxurious style. The hotel boasts five stars and is considered one of the best in Paris. The square where the Hotel du Louvre is located is full of nice cafes and restaurants, and a bustling crowd. From here you are somewhat closer to sights such as the Palais Royal than if you live in Arrondissement 5 or 6, but get a slightly longer walking distance to, for example, Notre Dame. The Louvre Museum is located just across the square.

This hotel is relatively large, with about 180 luxurious rooms and suites. The design is very French, and many of the rooms have a nice view of the space outside. You get access to everything you expect from a top-class hotel, including a 24-hour health club. The hotel has a restaurant on the terrace which is considered very good, overlooking the Louvre.

Citadines Les Halles – aparthotel in the heart of Paris 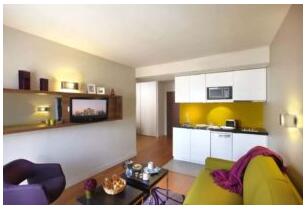 More and more people are booking apartment hotels because they want more space, and because they want to treat their food themselves. At Citedines Les Halles you get a kind of mix of ordinary hotel and apartment. You choose between three different small apartments. The smallest are in one room, with kitchenette and private bathroom (about 25 square meters), while the largest are as small two-room apartments (about 40 square meters) with separate kitchen and separate living room. Otherwise, this is for a regular four-star hotel, with a 24-hour reception, gym, breakfast restaurant and meeting facilities.

The location is some of the best you will find in Paris. Right outside the doors you have lots of restaurants, jazz clubs, cafes, shopping and theaters. The Pompidou Center is close by, and you are just a few minutes’ walk from the Seine and Ile de la Cité.

Two recommended hotels in the fifth arrondissement of Paris

The fifth arrondissement is also called the arrondissement Panthéon. The area is located on the left bank of the Seine, and this is where you will find Paris’ famous Latin Quarter. The district houses the famous universities and colleges, including the Sorbonne, Europe’s second oldest of its kind. 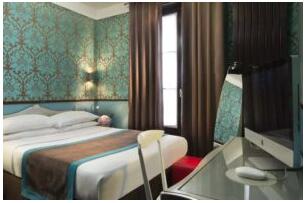 Hotel Design Sorbonne is a cozy three star and affordable hotel, where you get a lot back for your money. The hotel has only 38 rooms, so it is obviously worth booking early, both to get the best prices and to get rooms there at all. Centrally located in rue Victor Cousin, you have only a few minutes on foot to reach several of the main sights in the area. For example, you can walk to Notre Dame, the Pantheon, the Jardin du Luxembourg, the Musée d’Orsay in less than five minutes.

The rooms in the hotel are divided into six categories and price ranges. All have unique designs, lovely beds and relatively good space, considering the three stars. The rooms also have air-conditioning, nice bathrooms, top music system, wireless internet access and desktop computer if you did not bring your own (iMac or Mac Mini). The restaurant serves a slightly simple breakfast, but you have more than enough options for eating food in the immediate vicinity of the hotel. 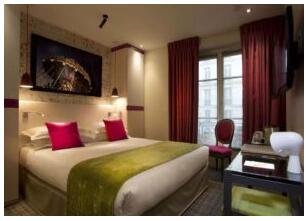 If you want to stay both trendy and central, this hotel is a safe choice. Hotel Atmospheres also gives you a short distance to the sights mentioned above, and has many cool jazz bars, fashion boutiques, cafes and restaurants on your doorstep. The standard is four stars and the hotel has a luxurious and modern feel.

Like the Hotel Design Sorbonne, the Atmospheres is also quite small and sought after. The number of rooms is only 56, in addition to 8 suites should you need more space. Each room has a design inspired by different impressions that characterize Paris, such as the monuments, nightlife or palaces you will find in the city.

All rooms are well equipped with free wireless internet, air-conditioning, comfortable and large beds, nice bathrooms, hotel safe, TV, Minibar and everything else you expect in this price range. The reception area has a nice lounge where it is good to relax with drinks and snacks. You also have access to a decent restaurant where very good lunch is served. The hotel’s fitness room, massage beds and sauna are available from morning to evening and are free for guests staying there.

Two recommended hotels in the sixth arrondissement of Paris

This district is full of sights and includes parts of the Latin Quarter of Paris. Traditionally, the sixth arrondissement is characterized by famous cafes, rich, artistic and intellectual residents, as well as many beautiful churches. The district naturally borders the fifth arrondissement, and has an end that ebbs out into the Seine. 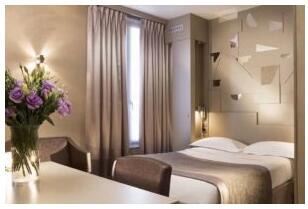 This 54-star hotel has only 54 rooms and is part of the Best Western chain. In terms of location, most things are great if you live in the sixth arrondissement, but Villa Des Artistes excels as one of the better in the area. The district is divided into four parts, with the Quartier St.Germain des Prés being the most attractive, and where this hotel is located. The Seine is almost right outside the doors. The hotel is otherwise known for having housed a number of famous writers and artists of the last century. Fiffen probably stays in more fancy hotels today, but you will not suffer any hardship if you book into Villa Des Artistes.

Although the hotel is somewhat simple, you get a lot for your money, considering the three stars. All rooms are newly renovated, clean and neat, with good use of space. Wireless internet is included in all rooms, as well as minibar, air-conditioning, TV, hotel safe, and more. One of the best things about this hotel is that you can have a simple breakfast in the pleasant backyard garden, sheltered from the vibrant street life of Paris. A good start to the day, before shopping, museums and exciting experiences. 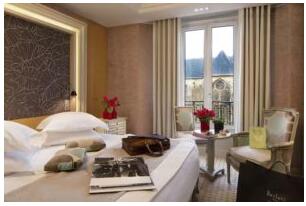 Madison is a hotel that gives you a very French feel, and is considered one of the better four star hotels in Paris. Like Villa Des Artistes, Madison is also in St. Germain, a short distance from the Seine and the Pont Neuf. On the same street as the hotel (Boulevard Saint Germain) there are many galleries, designer shops, restaurants and cafés (including the world-famous Café de Flore).

Here you can choose between 6 types of rooms, as well as 2 types of suites in different price ranges. All have nice and relaxing interiors, luxurious bathrooms, large and comfortable beds, air-conditioning, free internet, TV, minibar, safe and so on. Here you do not necessarily need to book rooms facing the backyard to ensure a good night’s sleep, as all rooms are equipped with soundproof windows. Madison offers a very good breakfast buffet in the restaurant, which the rest of the day serves as a nice cafe.