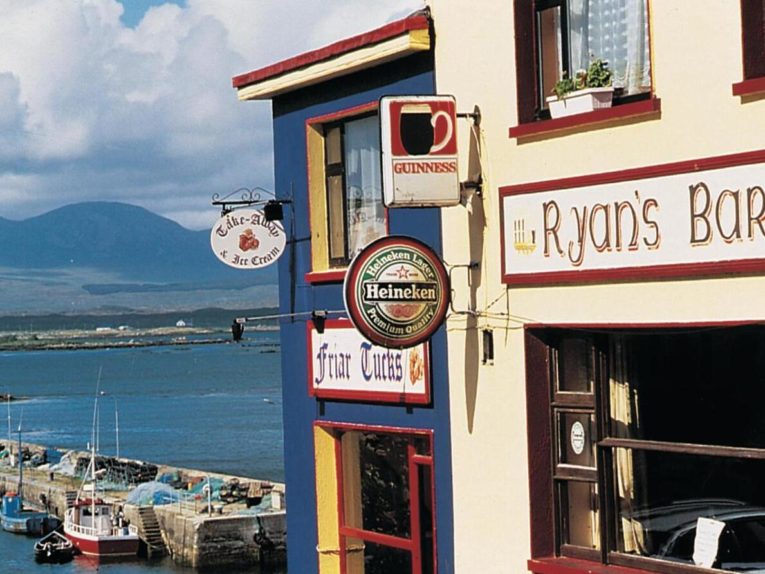 Ireland’s pubs and popular culture have become known throughout much of the world. To the right from Connemara on the west coast, to the left, music is played in the pub. The crew consists of traditional Irish drum (bodhran), banjo, accordion and flute.

The Irish harp (documented in 700 AD) played an important role in the musical life already in antiquity and medieval. Irish monks who came over to the continent gained great reputation for their musical prowess. In the 7th century, they founded the Monastery of St. Gallen in Switzerland, which became a leading center for the church song, and men such as Johannes Scotus Erigena (c. 815–877) provide interesting information about the music of that time. In the 1100s, even the hostile critic Geraldus Cambrensis repeatedly pointed out that Ireland had very skilled instrumentalists, and mentioned that they had a great impact on music in Wales and Scotland.

Continental art music reached Ireland in the 17th century. The Englishmen built up a rich art music scene in Dublin in the 18th century (among others, Handel’s Messiah was erected there in 1742), but the music life fell into disrepair in the 19th century.

The country also has a rich and vibrant folk tradition, which, by the way, through the great Irish emigration to the United States, has had a great influence on the development of rock and thus western popular music in general. Both the traditional show song and dance music still stands strong, and groups such as The Chieftains and the Dubliners has won considerable international fame. It also applies to several groups and artists that combine elements of Irish folk music with modern expressions, such as Clannad, Enya and Van Morrison. Other well-known artists and bands who have often emphasized their national origins without necessarily showing up particularly strongly in their music are Sinéad O’Connor and the group U2.