Belgian music history can be traced back to Northern French troubadours (troubadours), which partly worked within the then Dutch borders. In the 1300s, singing schools arose in the cities, and Flemish musicians gradually gained international reputation as educators. From approx. From 1420 to 1520 the Flemish school was a center of power in European music. Leading composers such as Guillaume Dufay, Gilles Binchois, Johannes Ockeghem and Josquin des Préscreated a new, more international tone language with widespread use of polyphony. From this and subsequent schools, important impulses emanated through musicians and composers who were engaged at the richest European country’s prince’s court. In the 16th century, the Dutch school took over, and composers such as Nicolas Gombert, Clemens non Papa, Adrian Willaert and Orlando di Lasso created a new highlight for the vocal polyphony in the fair, motet, madrigal and chanson. Another composer, T. Susato, made Antwerp a center for releases of polyphonic chanson and Renaissance dances. 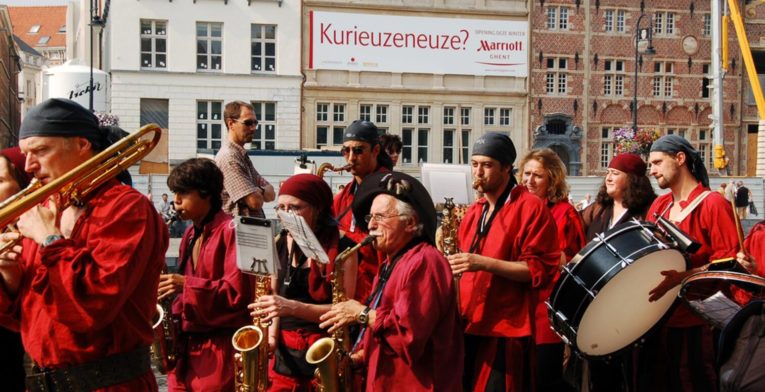 In the 1600s, music life was gradually influenced by dominant Italian fashion trends with an emphasis on homophony. But the polyphonic tradition lived on: the organ master Kerckhoven from Brussels was musically closely related to the Dutchman JP Sweelinck, who conveyed important impulses to the baroque consummate, JS Bach. Ghent composer JB Loeillet, who, among other things, collaborated with Händel in London, received renewed news through the recorder’s Renaissance on the 1900 all. A distinctive feature of Belgian music is the art of chimes. The classic from the great times of the chimes in the 18th century was the composer M. van den Gheyn.

During the Austrian occupation (1713) and the following peace period, a school of harpsichordists with a certain national character developed in the Austrian Netherlands in the direction of the gallant style. The violin virtuoso P. Van Maldere gained international reputation for his symphonies, which contain several innovative elements (second-theme in first movement and thematic relationship between first and last movement). In the second half of the 18th century, the most important Belgian composers lived in Paris. L. de Bruges was treasured for his symphonies, revolutionary hymns and his instrumental music.

The French Revolution and the Napoleonic Wars went hard over institutions such as church and court, with the result that the music scene was also falling. After the formation of an independent Belgian state (1830), the newly created conservatories, compulsory music education in the school and opera scenes in Brussels and Ghent led to a revival of the music culture. As a result of the conflict between French and Dutch culture, Flemish and Walloon music was distinguished from now on, but without drawing sharp boundaries. Walloon composers often sought inspiration in French music, while the Flemish were closer to the German tradition. The most famous of the Walloon composers, César Franck, was a student at the music conservatory in Liège, but continued his studies in Paris, where he also composed his works. Most nationally oriented was Peter Benoit (1834–1901),

Composers such as P. Gilson (1865-1942) and A. de Boeck (1865-1937) went more in the Impressionist direction, followed by F. Alpaerts, who headed Flemish expressionism. Among the modernists are the anti-romanticist M. Poot (1901–88) and the neoclassical W. Pelemans (b. 1901), and also L. de Meester (b. 1904), who has been a pioneer of electronic sound art and can be considered a father. to the modern generation. Leading younger composers are André Laporte, who unites new and traditional elements of his music, Jaqueline Fontyn (b. 1930), with a more modern orientation, and Henri Pousseur (b. 1929), who is internationally known in the field of concrete and electronic music.

Among practitioners of international class Belgium have been born are H. Vieuxtemps, E. Ysaye, A. Grumiaux, J.-N. Lemmens, Flor Peters, A. Cluytens and A. Vandernoot. Belgian music life also includes a number of symphony orchestras and philharmonic companies, opera scenes, conservatories and music science institutes and music libraries. Jeunesses Musicales originally had its seat in Belgium. The ensemble Pro Musica Antiqua , founded in 1933 and dissolved in 1974, played a pioneering role in the revival of medieval and Renaissance music in Europe.