Since the collapse of the Soviet Union and the establishment of the state of Georgia, three provinces have shown tendencies to secede or become independent: Abkhazia, South Ossetia and Ajaria. (Background up to 2004 BpB; Jan. 2014 BpB)

In 1992 there were bloody clashes between Abkhazian separatists and Georgian military in Abkhazia. Hundreds of thousands of people died and fled during the conflict. The Georgian government lost control of the breakaway territory in September 1993. After the two sides signed a ceasefire agreement in 1994, Russian Commonwealth of Independent States Peacekeeping Forces (CIS) took their positions in a security zone off the Abkhaz-Georgian border. The UNOMIG (United Nations Mission in Georgia) a mandate to work with Russian CIS troops to oversee the ceasefire agreements between Georgia and Abkhazia. The Republic of Abkhazia declared its independence in 1999, which, however, was not recognized internationally by any state.

According to computergees, South Ossetia proclaimed its independence in 1990, which was not recognized by the Georgian side. The clashes left thousands of people dead and 40,000 internally displaced. A peace agreement was signed in 1992. A coalition of the South Ossetian, North Ossetian, Georgian and Russian military remained present in South Ossetia as the JCC (Joint Control Commission) to monitor the ceasefire agreement. The OSCE was given a mandate to control the activities of the JCC. After the situation deteriorated again in August 2008, open war broke out between Russia and Georgiaout. Georgian military had to withdraw completely from South Ossetia after the August War, and almost all ethnic Georgians fled South Ossetia. On August 25, 2008, Russia became the first state to recognize the independence of South Ossetia. On December 2, 2008, the Council of Europe launched the Independent International Fact-Finding Mission on the Conflict in Georgia (IIFFMCG – CEIIG) under Ambassador Heidi Tagliavini. The Commission’s 2009 report spoke of guilt on both sides. Georgia is suing the European Court of Human Rights. As part of the ” Geneva Talks”The UN, EU and OSCE strive to mediate between the conflicting parties and ensure stability in the region. Current studies on the situation in the conflict zones can be found on the website of the Science and Politics Foundation.

In Adjara, after Saakashvili’s takeover in 2004, the conflicts between the de facto government of the autonomous province of Adjara and the central government in Tbilisi intensified. Mass protests against the Ajarian President Aslan Abashidzebroke out. After Saakashvili had promised immunity, he resigned on May 5, 2004. The Russian Federation granted Abashidze political asylum. The autonomous status of the province of Adjara was severely restricted after Abashid’s resignation. The central government of Georgia took de facto total power over the province. The government in Tbilisi has the power to dissolve the parliament and the Ajarian government and to have a say in matters that conflict with the Georgian constitution.

The party “United National Movement” of the former President Saakashvili lost an absolute majority in parliament in the parliamentary elections in 2012. It was replaced by the party alliance “Georgia’s Dream”. In December 2011, the billionaire Bidzina Ivanishvili, who lives in Russia, announced the establishment of his opposition movement. Opposition politicians Irakli Alasania (Free Democrats) and Davit Usupashvili (Republican – President of Parliament until 2016) were among the participants in the congress in the Tbilisi Concert Hall. On April 21, 2012, six parties agreed on a common electoral alliance for the parliamentary elections: Georgian Dream Democratic Georgia, the Republican Party of Georgia, the Free Democrats, the National Forum, the Conservative Party and “Industry protects Georgia” and won the parliamentary elections in October 2012 with 85 seats. The party landscape included:

The polarization of the party landscape increased in the run-up to the 2016 elections: only three parties were able to overcome the 5% hurdle. New is the Alliance of Patriots, which is rated as pro-Russian, Eurosceptic, anti-Turkish, ultra-conservative and national-populist and has six seats in parliament. Davit Tarkhan-Mouravi and Irma Inashvili are among the co-founders of the party.

The “Georgian Dream” was able to expand its position in parliament vis-à-vis the VNB with an increase of 28 seats (loss of 36 parliamentary seats) and became the ruling party with 115 of 150 parliamentary seats (2016). After Ivanishvili resigned from the office of prime minister in 2013 and no longer held an official position, he returned to Georgian politics as party leader on May 11, 2017.

The 30 professionally structured unions are united in the Federation of Georgian Trade Unions, but can hardly influence domestic political developments. 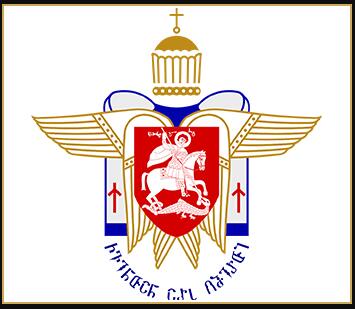