Georgia acceded to the Commonwealth of Independent States (CIS) in October 1993. As a result of the war of August 2008, Tbilisi decided to leave the CIS on August 14, 2008, which took effect one year later.

As a kind of counterbalance, regional cooperation with Moldova, Ukraine and Azerbaijan is attempted within the framework of the regional community GUAM. On the occasion of the Yalta summit in July 2002, GUAM decided to set up a free trade area. Since 2007 GUAM has had an organizational structure under the direction of a Georgian Secretary General. The Organization for Economic Cooperation in the Black Sea Region (BSEC) is also likely to become increasingly important. Georgia expects economic progress and foreign policy advantages from the intensive bilateral relations with Ukraine as well as the various planned transport connections over the Black Sea.

Relations with Azerbaijan, which are shaped by the awareness of the geo-strategic connection between the two countries, are also good. The two large pipeline projects Baku-Tiflis-Ceyhan (BTC crude oil; photo report about the Georgian construction phase) and Baku-Tbilisi-Erzurum (BTE natural gas) connect Georgia with Turkey and Azerbaijan. The first Caspian oil was loaded in Ceyhan in 2006; the gas pipeline running parallel to it was put into operation in December 2006. Negotiations on a further connection to Western Europe via the ” Nabucco pipeline””are in progress. In February 2007, the contract for a new Baku-Tbilisi-Kars (BTK) railway line was signed; construction work on the railway line is ongoing. Relations with Armenia are based on cultural and religious affinity. Azerbaijani people live in Georgia as well as Armenian minorities.

Georgian-Russian relations have been strained since the collapse of the Soviet Union. Georgia accused Russia to support the separatist regimes in the Georgian regions of Abkhazia and South Ossetia. Diplomatic relations between the two states had been severed since the war in August 2008. Economic exchange between neighboring countries was already severely impaired before the crisis in August 2008. Georgian main export products such as wine and mineral water had gradually been banned from the Russian market. After a bilateral crisis in autumn 2006, all transport, communication and trade relations were interrupted and large numbers of Georgians living in Russia were deported. Russia has repeatedly stated that it is not ready to talk to the government under President Saakashvili. Although the only border crossing between Georgia and Russia was reopened at the beginning of March 2010, but only with the change of government were further steps taken to normalize relations. Since the end of 2012, Georgia has gradually succeeded in resuming dialogue with Russia and negotiating the return of Georgian products, especially food such as wine, water, fruit and vegetables to the Russian market. Further bilateral topics of discussion are transport issues (currently, for example, the restoration of regular scheduled flights between countries), the intensification of cultural exchange, but also the possibility of visa liberalization for entry into Russia. Four Georgian athletes took part in the Winter Olympics in Sochi.

Since Georgia’s independence in 1991, the Georgian regions of Abkhazia and South Ossetia have been striving for statehood.

The conflict over the status of South Ossetia culminated in a bloody confrontation in 1992, during which over 200,000 ethnic Georgians fled Abkhazia. Despite international peace efforts, the conflict escalated again on August 8, 2008 after a military advance by Georgia into the South Ossetian capital Tskhinvali. Russian troops occupied the area beyond the conflict areas as far as the port city of Poti on the Black Sea.

On August 12, 2008, through the mediation of the European Union, Georgia and Russia agreed on a ceasefire in the form of a six-point plan. In addition to the cessation of fighting, it included the withdrawal of troops to the sites before the conflict, free access for humanitarian aid and the establishment of an international mechanism to stabilize the situation.

On August 26, 2008, Russia recognized Abkhazia and South Ossetia as independent states and shortly afterwards concluded friendship treaties that also provided for the stationing of Russian troops in the areas. Russia and Georgia then broke off their mutual diplomatic relations. Both states can be represented by Switzerland as a protecting power. The EU Special Council of October 1, 2008 expressed its support for the territorial integrity of Georgia and decided to send a civilian EU observer mission EUMM Georgia to contribute to conflict resolution.

This started work in Georgia at the beginning of October 2008. Russian troops then withdrew to South Ossetia and Abkhazia. In the autumn of 2008, difficult and protracted negotiations began to settle the conflict in Geneva (“Geneva Talks”, which are currently ongoing and are to result in an exchange of prisoners in spring 2012. (See: Jobelius. One year later; as well as the assessment of the former ambassador to Georgia Boden). 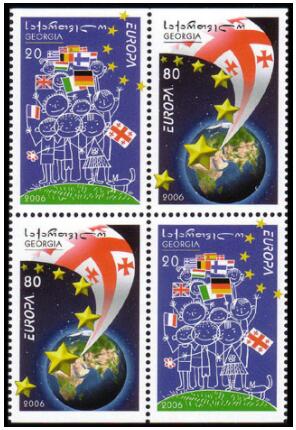