Georgia is striving for a change from a presidential republic to a parliamentary republic. In a constitutional amendment passed on February 6, 2004, the power of the president was initially further strengthened at the expense of parliament and the prime minister. A new constitution came into force after the 2013 presidential election and strengthens the rights of parliament and the government. The head of government is no longer proposed by the president, but by the strongest party in parliament. In addition, the president lost the right to give instructions in domestic and foreign policy.

To Head of State on 27 November 2013, the former Education Minister and Deputy Prime Minister Georgi Margwelaschwili (born 1969), the leader of the so-called “Rose Revolution” in the autumn of 2003 Mikhail Saakashvili (2004 – 2013) replaced elected. His representative was the new Speaker of Parliament, Irakli Kobakhidze. After the constitutional reform of 2017, direct elections for the presidency were held for the last time in October 2018. The new president remains head of state, but primarily fulfills representative functions. In future, a 300-member electoral body (type of federal assembly) will determine the head of state.

In the first round of the presidential elections on October 28, 2018, Salome Zurabishvili emerged as the winner with 38.6% of the vote – with around 3.4 million eligible voters and a turnout of 46.7%. The former foreign minister campaigned as an independent candidate, but received strong support from the ruling Georgian Dream party. The runner-up, former Foreign Minister Grigol Vashadze, from the opposition “United National Movement” (VNB) received 37.7 percent of the vote. David Bakradse – a former UNB politician – got 10.9% of the vote. On November 28, 2018, Salome Zurabishvili won(born 1952 in Paris as the daughter of Georgian emigrants, French ambassador to Georgia and 2004/5 Georgian foreign minister) the runoff election against Grigol Vashadze with 59.6% of the votes and a voter turnout of 56.2%. 2018 the first female president of the country. The term of office is 6 years. The officially independent candidate received massive support from Bidzina Ivanishvili (chairman of the “Georgian Dream” movement, whose fortune is estimated at 4.6 billion US dollars), and the election campaign was flanked by a series of social promises from the ruling GT party. In the future, the president will be determined by a 300-member electoral body (similar to the Federal Assembly), so Zurabishvili is the last directly elected president.Police attacks, Irakli Kobakhidze resigned from his post as President of Parliament on June 21, 2019, succeeded by Archil Talakwadze (born 1983) on June 25. 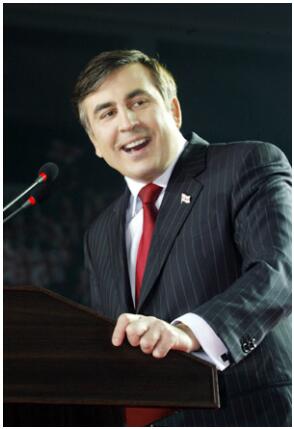 The head of government until June 2012 was Nika Gilauri (born 1975), in July 2012 he was replaced by Vano Merabishvili (born 1968, expert on security issues / 2004-2012 Minister of the Interior). With the victory of the “Georgia’s Dream” movement (54.85 percent – 83 seats), the entire government was reshaped in October 2012. Bidzina Ivanishvili (born 1956) became the new prime minister. In November 2013 he resigned his office, on November 21, 2013 parliament confirmed the former Interior Minister Irakli Garibashvili (born 1982) as the new head of government with a new cabinet. After numerous changes of position and resignations at ministerial level, he was replaced on December 30, 2015 by Giorgi Kwirikashvili(born 1967, previously Minister for Economic Affairs and Development, and for a short time Foreign Minister) On June 13, 2018, he announced his resignation. Differences of opinion with the party chairman Ivanishvili, who had taken over the office of chairman of the party from Kvirikashvili on May 11, 2018 and thus returned to Georgian politics, were cited as a background. The ruling party “Georgian Dream” nominated the previous finance minister Mamuka Bakhtadze (born 1972) as his successor on June 14th. On September 2, he resigned from his post in connection with the protest demonstration in Tbilisi.

On September 8, 2019, the office of Prime Minister was replaced by the not undisputed former Minister of the Interior and Deputy Prime Minister Giorgi Gacharia (born 1972).

Since 2013, the office of prime minister has been upgraded on the basis of a renewed constitution. It was given the powers of a federal chancellor, while the presidential office was given more representative status. Strengthening the prime minister vis-à-vis the president reduces his previous almost charismatic role, but also makes the prime minister more dependent on parliamentary majorities. 113 votes are required for the adoption of larger resolutions. According to cheeroutdoor, with the 2016 election victory, the “Georgian Dream” could win an absolute majority with 115 seats and would theoretically be able to govern alone. However, the latest result of the presidential elections can be seen as a barometer of sentiment, which indicates a renewed influx of former supporters of Saakashvili’s party. He reappeared on the Georgian political stage with his “National Movement” at the June 2019 events.