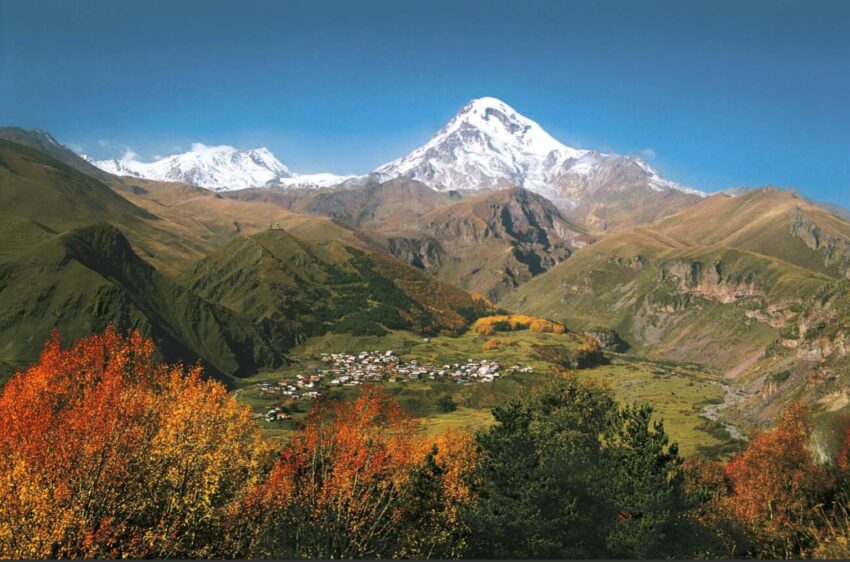 In the current report of the UN Development Program for Human Development from 2019, Georgia ranks 70th out of 189 nations examined with an index of 0.786.

The German Economic Association of Georgia, the data service of the UN and the World Bank provide relatively up-to-date basic data on Georgia. Data (often with a lag of 2-4 years) and estimates are available on the country page of the CIA’s World Factbook. On the Georgian side, the Statistical Office of the Republic of Georgia provides very timely information, the Federal Statistical Office provides information in German. The German embassy in Tbilisi has an overview of the economy and German-Georgian relations on its website. A detailed overview of international development cooperation can be found on the Georgian government side aid.

Population: around 3, 717 million (1.1.2020, excluding Abkhazia), of which 2.195 in urban and 1.522 in rural areas (last census from November 2014). When observing the population development over the long term, it must be taken into account that administrative structures have changed due to the strengthening of the municipalities since 2014. At the same time, the territorial units of Abkhazia and South Ossetia, which are not currently controlled by the central government in Tbilisi, also belong to the Georgian state, and population censuses could not be carried out there.

The population development still shows a negative trend and a higher proportion of female citizens. Since independence in 1991 and the civil wars, over a million people have left the country, around 2 million are believed to live in the CIS countries.

According to areacodesexplorer, civil wars in Abkhazia and South Ossetia in the 1990’s resulted in around 250,000 people fleeing or being displaced. After the Russian-Georgian conflict over South Ossetia in 2008, the number increased dramatically. At the end of 2011, the UNHCR registered over 335 thousand refugees and displaced persons in Georgia; 7,195 people were registered as asylum seekers and 1,900 as “stateless”. At the end of 2016 the official figures were: 271,525 IDPs, refugees and “humanitarian status holders”: 1,273.

Georgia was considered an agricultural country until the Second World War. In 2015, 57.4 percent of the population lived in urban areas, 42.6 percent in villages and rural areas (in 1970 it was 52.2 percent). In the agricultural sector (arable farming, vegetable growing, cattle breeding) mainly Azerbaijanis (with 6.3% of the population the largest ethnic minority, followed by the Armenians with 4.5%). They mainly live in the (south) eastern regions; Armenians in the Akhaltsikhe and Akhalkalaki regions. Many Greeks and Jews have since left the country. 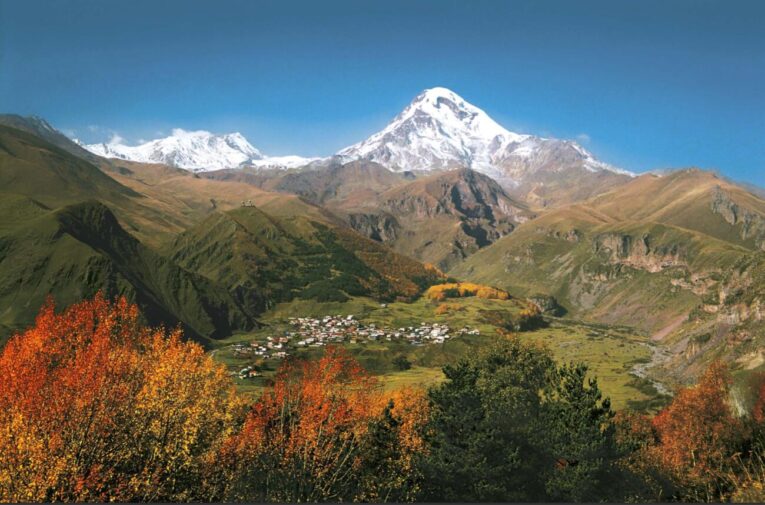 Flag: The flag shows a single right-angled cross in the center on a silver (white) background and four smaller crosses in the corners. It is the Jerusalem Cross, originally a symbol for Christ and the four evangelists or the five wounds of Christ. The silver (white) background stands for innocence, chastity, purity and wisdom. The red of the crosses symbolizes courage, bravery, justice and love.

Coat of arms: The large national coat of arms shows a red shield on which Georgia’s patron saint, Saint George, is depicted as a silver rider with a golden halo. He defeats a silver dragon with a silver spear. Above the shield is the Georgian-Iberian crown. He is held by two golden lions. Under the shield there is a stylized vineyard in which a banner with the national motto and two red crosses of the flag of Georgia is woven: ” Strength through unity”.

Anthem of Georgia: Tawisupleba (თავისუფლება; German freedom) is the title of the Georgian national anthem. It was passed by the Georgian Parliament on May 20, 2004 and premiered in September of the same year. The text is by Davit Maghradse (born 1962), the melody by Zacharija Paliaschwili (1871-1933). It is an arrangement of motifs from the operas Abesalom and Eteri (1919) and Daisi (1923). The arrangement was made by Joseph Ketchaqmadze.

Tawisupleba replaces the earlier national anthem Dideba, which had already been used by the First Republic in 1918-1921. Because Georgia sees itself as the legal successor to this state, it was initially taken over in 1991.

The German text of the national anthem is:

My home is my icon

and the whole world is their (icon) shrine,

the star of the dawn appears

and lighted between the two seas,