The Georgian peoples settled in the western Transcaucasian region since the seventh century BC. Their political-social development was determined, in large part, by the geographical position of the country which, for some peculiarities, was divided into two parts: the eastern one or the Iberian Kingdom, and the western one, or Colchis. In 65 BC with the conquests of Pompey the Great, both of these kingdoms were part of the Roman Empire.

From the third century they served as an outpost for the wars that the Romans fought against the Persian dynasty of the Sassanids. In 300 after Christ Georgia was still divided into two parts. One went under the Sassanid protectorate, which recorded many rebellions, and the other under that of the Byzantine Empire.

One of the most important events in the history of Georgia was certainly the advent of Christianity which spread rapidly. The Church of Georgia first depended on the Patriarchate of Antioch then from the fifth century onwards it was independent.

Over time, the Persians lost their dominion over Georgia and ceded it to the Arabs. Which, after dividing the territory into many districts, placed them all under the jurisdiction of the Arab Emir residing in Tiflis, the capital. See Countryaah for population and country facts about Georgia. 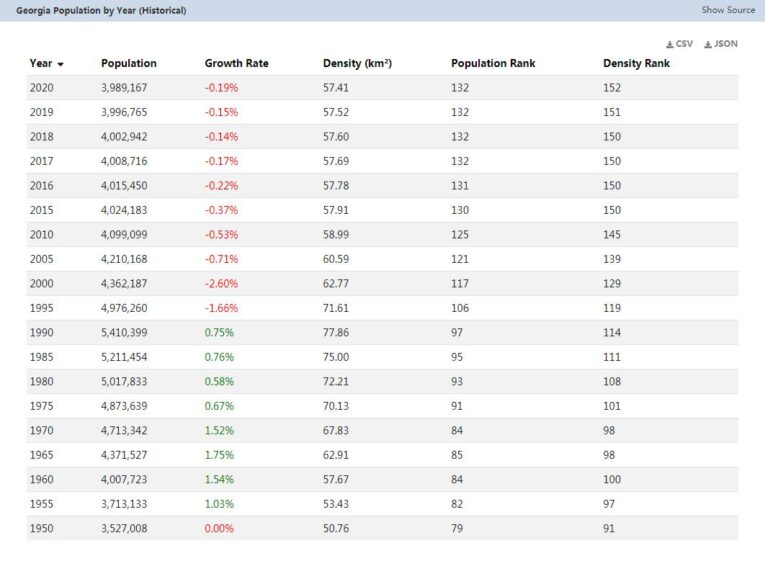 He took care of the general affairs of the country but the local affairs of the districts were managed by the Georgian aristocracy. Many were the lords, among the landowners and the ecclesiastics, who gave way to a real feudal regime. Until, both as a result of a strong weakening of the Arab central government and because of the struggles they fought among themselves, in the 9th century one of them, Bagrat III, managed to prevail and to bring together a large part of eastern Georgia. And as these struggles unfolded, the invasions of the Turks-Seljukids began.

In the meantime, however, the Georgian monarchy had grown significantly. In 1089, reigning David II, and following the growing weakening of the Arab government due to the Crusades, he brought a remarkable development in the country in relation to trade, crafts, culture, church art and architecture.

All this continued even under the subsequent rulers who, however, despite this golden age, also faced some revolts of the feudal lords; so they had to make concessions, especially to the Church, the aristocracy and the category of merchants.

Towards the first years of the thirteenth century the Mongols arrived and imposed quite heavy conditions of subjection on Georgia. And when the Mongolian kingdom collapsed, the country returned to a unified national kingdom and the king was Alexander I.

But Georgia’s heyday was gone and economic conditions were difficult to manage. When the Ottoman Empire arrived, Georgia had to interrupt relations with the West and it was between two fires during all the wars that the Turks fought against the Persians. Thus the eastern part of Georgia was occupied by Persia and the south-western part by Turkey. And that part which had remained independent was divided into many small fiefdoms. The feudal lords, always fighting with each other, created an unsustainable situation for the peasants who, towards the eighteenth century, tried to rebel, but to no avail.

Until, exhausted by divisions and internal struggles, Georgia asked for help from Russia, with which it shared the religion, and in 1801 the country was formally united with Russia.

A quiet period began during which many economic problems were solved. The Church of Georgia, however, lost its sovereignty and had to submit to the Russian Synod. Another situation that provoked some peasant rebellions was the slavery of the glebe which, however, was abolished throughout Georgia from 1863 to 1867. But the Georgian peasants were not treated like the Russian ones; they received less ground and were always subjected to the lords. This occurred until the first Russian revolution of 1905.

Despite this, Georgia’s economic conditions improved somewhat and the people could also devote themselves to socio-cultural activities that led to the formation of a Georgian socialist democratic party. And as had already happened in Russia, here too this party was divided into Bolshevik and Menshevik. This had serious repercussions in the country. The peasants rebelled and there was a general strike. The counterrevolutionary forces that stifled every revolutionary movement then came to light, giving way to harsh repressions.