The potential of the Georgian industry is still limited.

According to ezinereligion, Georgia is traditionally an agricultural country. In 2018, 45% of all workers were still employed in agriculture, but officially the share of GDP was only 8%. The natural conditions offer good conditions for a wide range of fruit, vegetables, arable farming and cattle breeding. Like all sectors of the economy, agriculture had lost considerable productivity in the two decades since independence. The emigration of young workers, the wear and tear of outdated technology, no funding for the procurement of seeds and fertilizers or processing plants have caused productivity to decline. After falling rapidly to less than 1 percent, investment by the state budget in rural areas has increased significantly since 2011/12 (2018: 3.5%). Investments in infrastructure,

Georgia is a travel destination that, due to its geographical and cultural conditions, has attractive tourist offers in every season. As the fastest developing branch of the Georgian economy, promoting tourism is a top priority for the Georgian government. At the end of 2010, the number of visitors was 2 million, an increase of 33% within one year. With visa facilitations, the numbers continued to rise; in 2017, over 3 million tourists were received, not only from western countries, but increasingly also from the Russian Federation and the Middle East. At the end of the Soviet Union, 4-5 million tourists stayed in the country annually. These figures were used as a basis. In 2018 over 7, 2 million international visitors registered, 1.4 million of them also came from Russia. The contribution of tourism to the gross domestic product is estimated at almost ten percent. The high potential of this sector and investment facilitation offer good opportunities for investors.

In addition to summer tourism on the Black Sea coast and winter tourism in the ski regions of the Caucasus Mountains, the country offers travelers a wide range of holiday and leisure activities with wine, cultural, eco and spa tourism. Adventure tourism such as mountaineering, trekking, hiking and rafting is also possible in this touristic country. The government supports the development of the industry through strategies, marketing activities and the expansion of the tourist infrastructure. In particular, the Black Sea coast and the mountain regions, and here mainly Svaneti (see map), are funded. The tour operators also focus on cross-border programs. 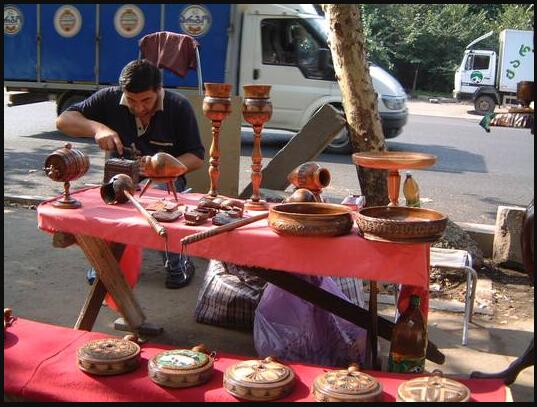 A new media law has been in force since 2004, supplementing the constitutional principles of freedom of expression by strengthening media freedom and abolishing libel laws. It is considered an important achievement that the position of journalists and the media in relation to individuals is supported. In the future, a plaintiff must prove that reporting was deliberately false or defamatory. The Criminal Code no longer regards defamation as a criminal offense. The implementation remains problematic. In the past, the main complaints were the lack of transparency in terms of ownership and financing, and thus the question of the manipulability of the media. At the end of 2011, publishers and press distribution lists had to oppose intended restrictions on the Defend the sales network. According to a 2011 study by the Erivan Press Club, based on information from the State Communications Commission and its own research, 74 media licenses had been issued to 74 companies by July 2011, including 80 for general and 21 for special news services (44 for radio, 57 for television; no licenses are issued for cable connections). Kidon media Georgia and ABYZ offer access to the websites of current newspapers and institutions (also for Abkhazia and Ossetia). Georgian Times and Civil.ge offer a first introduction specifically for Tbilisi.

Corresponding legislative changes were made in 2010/11 to better guarantee media freedom. A report by Katherin Machalek provides an insight into the media landscape in the run-up to the parliamentary elections in October 2013.

The most popular and most influential medium is television, around 88% of all Georgians use it as a source of information, 33% listen to the radio every day. Four channels – the First State Channel, “Imedi”, “Rustavi 2” and “Ajara” are broadcast nationwide. Rustavi-2 has the greatest popularity, followed by “Imedi” – both are considered pro-government. “Kavkasija” and “Maestro” are regarded as “pro-opposition” TV stations – although the ratings here have decreased in the last two years. A special channel has been operating since 2010, broadcasting directly from Parliament. Since November 2009, Radio Europa / Liberty has also broadcast a Russian-language program that is received in Abkhazia and South Ossetia.Amnesty International particularly criticized the dealings with the opposition broadcaster Rustavi-2. Media houses are increasingly being run privately with political reporting. Recently created independent magazines also publish longer and critical analyzes, but can only reach a limited audience due to their low circulation.