The Georgian government has declared a state of emergency in Georgia in order to slow down the spread of the coronavirus as much as possible.

The nationwide quarantine applied nationwide from March 30th, 8:00 p.m. and was only relaxed on May 23, 2020. A good overview of the measures taken to combat CORONA is available on the Georgian embassy website.

Flight operations remained restricted. Individual flights can be obtained from the embassies. Georgia has been on the list of countries that are open to the EU again since June 26, 2020.

Until the outbreak of the pandemic, the following travel regulations applied:

Since March 28, 2017, Georgian citizens who want to enter the Schengen area are visa-free. You can stay in the Schengen area for up to 90 days within a period of 180 days. The German embassy in Tbilisi has put together answers to important questions on its website.

According to internetsailors, from June 8, 2015, citizens of 94 countries, including German citizens, will have the opportunity to enter Georgia without a visa for stays of up to one year.

In addition, the Georgian government has made it possible for foreigners who have an entry visa and / or a residence permit (proof must be taken with you!) From the Federal Republic of Germany and 49 other countries to stay in Georgia for 90 days within 180 days. A list can be found on the website of the Georgian embassy.

For seconded employees of German development cooperation organizations (GIZ, KfW), a special visa (so-called category B3) must be applied for before entry, which is the basis for later accreditation with the Georgian Foreign Ministry.

The residence permit can be issued for a limited period (temporary) or for an unlimited period (permanent). The application is made at the Public Service Hall.

Entries made by children in a parent’s passport are no longer valid since June 26, 2012. Every child needs its own identity document. If a minor child of German nationality travels to Georgia with only one parent, it is not necessary to carry the power of attorney from the other parent with you, but the German Embassy in Tbilisi advises, especially for children of German-Georgian parents, that the parent traveling with the child Has the other parent’s declaration of consent with him. In case of doubt, please contact the Georgian representations.

With the exception of the customary international import bans, there are no further import restrictions in terms of customs regulations. However, drug smuggling is severely punished and punished with five to twenty years imprisonment.

Anyone bringing large amounts of humanitarian aid should have the recipient clarify all customs issues before arrival. Information on the exact provisions can be obtained from the Georgian Ministry of Finance.

If you are arriving by car, you must ensure that there are temporary transit visas for transit vehicles.

Please pay attention to sufficient vaccination protection upon entry. So far there are no compulsory vaccinations for entry into Georgia. A vaccination against hepatitis A and B (for long-term stays) and against rabies is recommended. However, in January 2019, WHO declared delaying or skipping vaccinations as a threat to global health. In particular, the lack of vaccination against measles poses a high risk when the number of cases increases internationally. 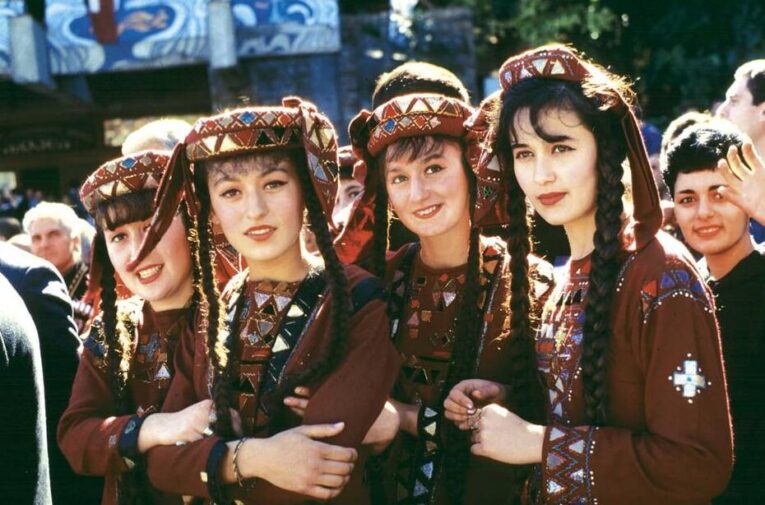 The general situation in Georgia outside the conflict areas of Abkhazia and South Ossetia is considered to be safe. Entry is also possible via third countries (Turkey) without any problems.

The Russian-Georgian border crossing Dariali / Hoher Lars on the M / S3 (” Georgische Heerstraße “) could only be used by Georgian citizens and citizens of the CIS countries from 2006 to 2011, but has now also been reopened for international travel.

Entry via the RF into the conflict regions of Abkhazia and South Ossetia is punished by the Georgian side as an illegal border crossing.