Nothing is known of the populations that inhabited Finland in antiquity. The first sure news dates back to the 10th century after Christ. At that time there were three major tribes in the country: the Luaini, the Kirioli and the Iemi.

While full agreement reigned between those tribes, it came to the mid-twelfth century without having formed a single state. It was for this reason that perhaps the king of Sweden, Erik, wanted to attempt the conquest of Finnish territory and, as a fervent Catholic, he proposed to convert those tribes to Christianity. And his intentions came true because those peoples not only did not rebel against the occupation but also willingly embraced the Christian faith. And from 1157 the history of that country was for many centuries an appendix to the Swedish one.

During the reign of Erik, and his successors, the Finns were never treated as subject peoples and instead had the same rights as the Swedes. They were immediately granted military service in the same Swedish army and in 1362 they also obtained the right to vote for the election of the king. Finland thus formed a single kingdom with Sweden.

When the Danes occupied Sweden in 1397, the Finns also suffered the same fate.

In 1523 Sweden regained, through the work of King Gustavo Vasa, his freedom; in Finland, on the other hand, an event occurred which markedly changed the situation. Michele Agricola, the Catholic bishop of Abo (today’s Turku) passed to Lutheranism and almost all the population did the same. See Countryaah for population and country facts about Finland. But yet another event happened in Finnish history: King Gustavo Vasa transformed Finland into a Duchy and entrusted it to his son Giovanni, with almost independent prince powers.

93% of all residents are Finns. The largest minority are Swedes with 5.8%, who live mainly on the Åland Islands, in south-western Finland and in Österbotten. Swedish was even the only official language until 1863. There are also a small number of Sami (Lappish) and Russian-speaking Finns. 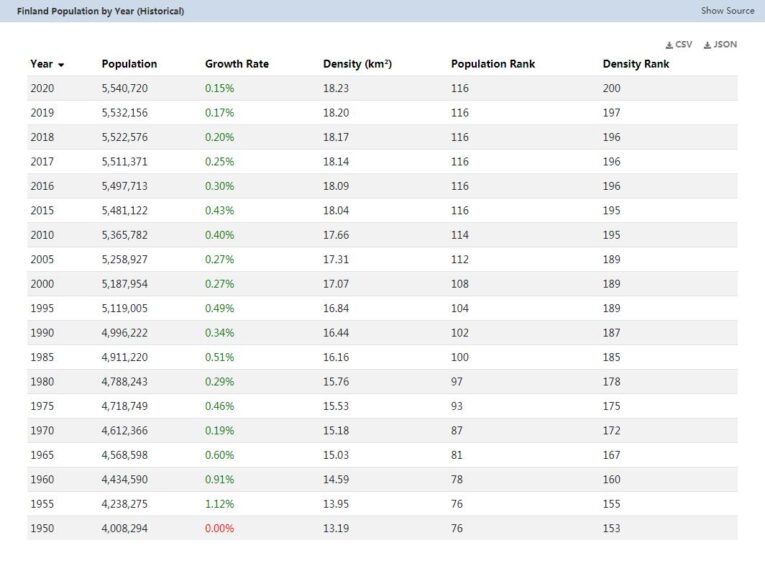 The Finns, for the most part, willingly accepted the situation; but many instead began to aspire to obtain freedom, independence and, with the situation created by Gustavo Vasa, it could not be said that independence had been achieved, but everything gave hope that the right moment would not be long in coming. And many convinced themselves that they would certainly fight to achieve it.

In the early 1700s the Finns once again found themselves alongside Sweden to fight against Russia. Many Finnish regions fell into the hands of the Russians. The Finnish independentists then, tired of being always dominated by someone, began to organize rebellions which, however, were all tamed. The separation from Sweden, much coveted by the Finns, took place but not in the sense that they had desired. The opportunity arose when Sweden was beaten in 1809 by Napoleon’s armies and had to surrender Finland to Russia.

The Russians made it clear to the Finns that they would not tolerate rebellion and so the independentists, not domi, had to be patient and wait for the right moment. And the opportunity came at the time of the First World War, when the Bolshevik revolution broke out in Russia. Defeated, with the help of Germany, the Bolshevik army, Finland could be considered free and July 17, 1919 was proclaimed the Finnish Republic.

When World War II broke out after 20 years, Finland found itself once again fighting against Russia, which tried to take over some Finnish military bases. The struggle was very hard and lasted three months, at the end of which Russia had a game won but at a truly incredible price: there were 300,000 men dead, wounded and missing.

In December 1947, municipal elections took place in Finland, which saw the conquest of 58% of the votes by the center-right parties. The Soviet Union, concerned about the progress of Finnish politics, hastened, through a letter from Stalin to President Paasikivi, to sign a ten-year friendship treaty. With this pact, both countries undertook mutual consultation before making alliances with other states.

Meanwhile within Finland had created a difficult situation following the split took place as part of the Democratic People’s Party, by the Socialists. These did not intend to submit to the political control of the Communist Party, headed by Y. Leino, Minister of the Interior, and since he had not intended to accept a contrary resolution of Parliament, he had been forced by the President to resign. In June 1948 there were political elections which decreed the victory of the rights and in particular of the Agrarian Party, and a substantial drop in the popular democrats, controlled by the communists.

The result of these elections allowed Finland to better clarify, if necessary, the country’s firm decision to maintain its total independence. President Paasikivi was reconfirmed on February 15, 1950 and the following March 14 entrusted the task of forming the government to Urho Kekkonen, head of the Agricultural Party, hostile to the Communists.