With over 1 million inhabitants, Cologne is Germany’s fourth largest city, and with a history of over 2000 years, it is perhaps one of the richest cities in all of Europe. Its central location near the river Rhine has meant that Cologne has been important for several centuries, as it is today. In modern times, the city of Cologne has also emerged as an increasing tourist attraction with its historic buildings and cathedrals.

In Cologne you can see everything from giant cathedrals to take a river cruise along the Rhine or a trip to the city’s extensive zoo. According to Abbreviation Finder, Cologne is also one of Germany’s warmest cities, with a stable and warm climate during the summer, which by the way is the time of year most tourists travel to the city. 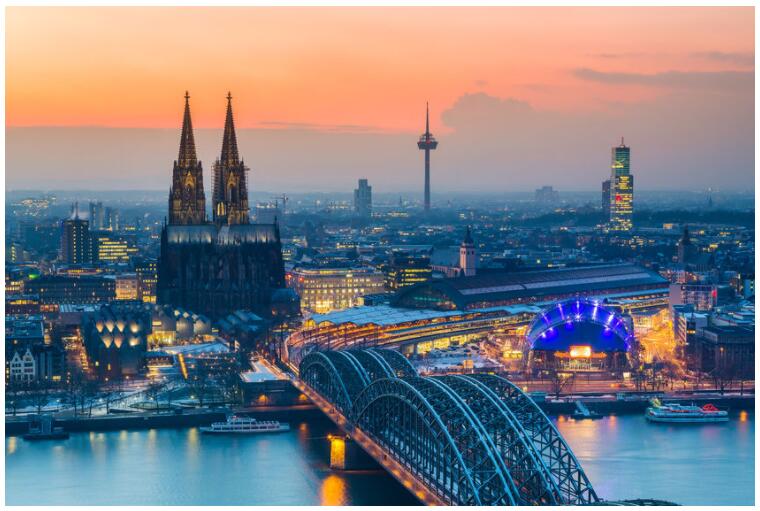 During the summer it is possible to buy tickets for direct flights with Cologne, but it is not the most attractive flight route. Therefore, you may have to fly with a stopover, or get to the international airport in Frankfurt, which is only a drive of just over an hour from Cologne. As is well known, the currency in Germany is the euro, and at the time of writing, one euro corresponds to just over nine Norwegian kroner.

Germany in general is one of the more expensive countries to holiday in within Europe, and consequently Cologne is not a price pressure. Norwegians will experience most things as cheaper than in Norway, but the differences do not necessarily have to be too great, with the exception of certain product groups and alcohol. With over a million inhabitants, Cologne is a busy city, but as a tourist you travel mostly safely as long as you take normal precautions.

Hotels and restaurants in Cologne

Accommodation in Cologne is rarely a problem, and there are plenty of hotels in the city center. Most tourists want to stay as central as possible, especially if you are only going to be here for a long weekend, as this is where most things happen and most of the sights are located. Rheinauhafen is a popular and modern area with many hotels in different price ranges and of varying standards, but which are mostly modern.

German cuisine may not have many well-known dishes among Norwegians, but Cologne is still a modern city with many exciting and exotic restaurants, especially in the downtown area. In the summer season, we recommend eating at one of the restaurants near the river, which offers beautiful views of the city. Cologne has restaurants with menus from all over the world, and consequently it is rarely a problem to find a restaurant you like.

Cologne is a modern city with many historical sights, but also a city known for a very good nightlife. It also has many attractions for children, so Cologne is an optimal destination no matter who you travel with. 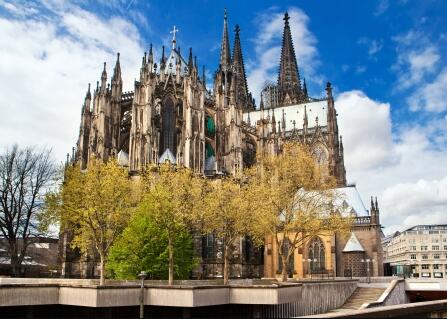 Cologne Cathedral is not only the city’s most visited tourist attraction, but also one of the country’s. It is an extensive cathedral that was built over 600 years, and the first stone was laid as far back as 1248. It is a masterpiece of a building, which should be enjoyed both from the inside and the outside. In the evening, the building is majestically lit up by a number of floodlights, and is strikingly beautiful even then. 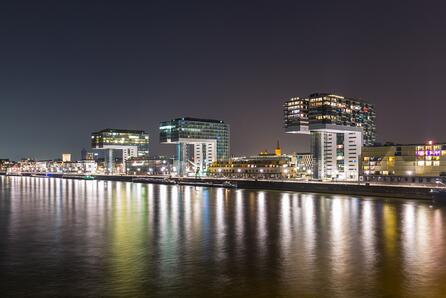 Many tourists will spend a lot of time at Rheinauhafen, which is the most central and modern district in the city. Here are both restaurants, museums and art exhibitions right along the river bank, at the same time as it is one of the city’s most lively areas at night.

River cruise on the Rhine 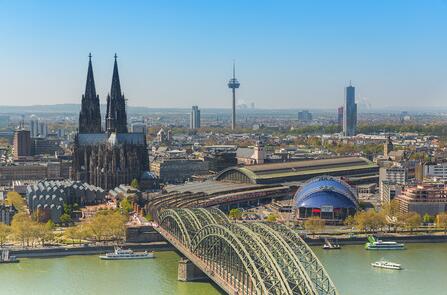 You get the best view from a rural level over Cologne if you join one of the city’s many river boats. You then get to see the city from a new perspective, and can at the same time relax in quiet surroundings in the middle of the Rhine with something good to drink. There is also nothing in the way of using the boat as a transport if you want to go to other parts of the city.

Cable lift over the Rhine 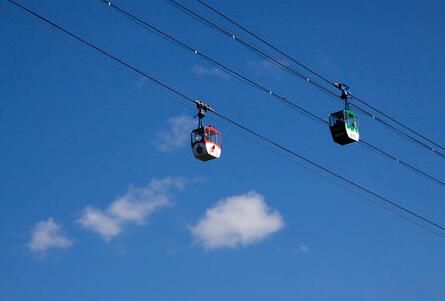 While some use a boat to cross the Rhine, others do so using a cable car. It is one of the few cable lifts used to cross a river, giving a fantastic view of the Rhine and Cologne in general. It is used primarily as a method of transport, but the trip itself is also a tourist attraction in itself. 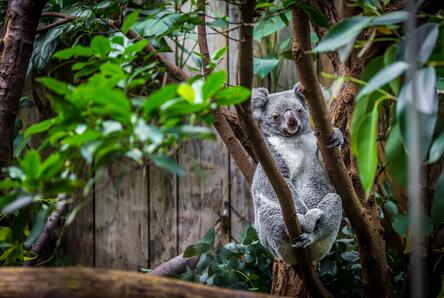 For those who travel to Cologne with children, a visit to the city’s zoo is almost mandatory. It is one of Europe’s oldest, and has as many as 700 animal species within the park’s walls! Here you can see everything from lions to bears and other Scandinavian animals, and not least a separate aquarium. Many people choose to get to and from the zoo with the cable lift.