It turned out that already in the Neolithic period the region was inhabited and many precious ceramics have come down to us. Instead, from the Bronze Age, there were obvious signs of connection with Greece and then, already in the fifth century BC, the links with trade in the Mediterranean were also evident.

The very first inhabitants of the two regions were undoubtedly the Thracians who, at the end of the first millennium before Christ were subjugated by the Illyrians.

In the first half of the fourth century BC the Celts arrived who subdued a part of the Illyrians and then moved to the Adriatic and the mouth of the River Narenta.

In the third century BC an Illyrian tribe, that of the Ardiei, managed to settle at the mouth of the Narenta and founded its own state with the Risano capital, in the Boka Kotorska.

From 229 to 219 BC the Romans crossed the Adriatic and entered the Balkan peninsula, where they waged a tough war against the Dalmatians, stationed along the entire western part of today’s Bosnia and Herzegovina.
This war lasted 169 years and in the end Rome managed to subjugate that indomitable people.

In 476 after Christ Bosnia and Herzegovina fell into the hands of the Goths who left it in 530. And in this period the Slavic penetration began.

In the seventh century the country was colonized by the Slavs and in the 9th century accepted Christianity. But the Slavs did not constitute a single state apparatus. They lived in tribes. The Croats settled on the Adriatic, in today’s Dalmatia, the Serbs instead formed a state in the area that today is Novi Pazar and Montenegro.

After 960 the region was for some time under Croatia but in the late 11th century it was part of the state Serbian king Bodin, at whose death it was independent, headed by Boric.

Towards the early years of the XII century was a vassal of Hungary and later belonged to the Byzantine empire. Going forward in time, he passed to Hungary and Serbia other times until in 1461 the last king of Bosnia, Stefano Tomasic, fighting against the Turks was defeated, taken prisoner and killed. Twenty years later Herzegovina also passed into the hands of the Turks and all attempts by the Hungarians to regain possession of the territory were worthless.

In 1528 the Turkish conquest was completed. The new owners were welcomed festively by a part of the population: the so-called “bogomiles”, persecuted by Catholics and Hungarians, and they immediately embraced the Muslim religion. On the other hand, Christians fiercely hated Muslims and never missed an opportunity to rise up. The Greek-Oriental bishops themselves entered into relations with the Church of Rome in order to somehow free themselves from the Turks. See Countryaah for population and country facts about Bosnia and Herzegovina. 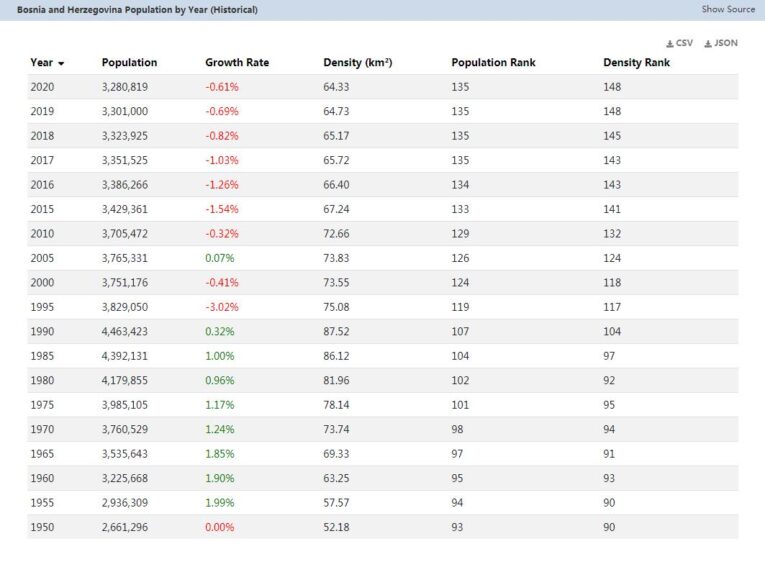 In the seventeenth century the war against the Turks broke out, won by the Holy League. A peace was signed in Carlovitz in 1699 and with it the Turks took away all the territories of Dalmatia and Croatia, which until then had been part of Bosnia.

In the 19th century, the first rebellions of Christians from Bosnia and Herzegovina began. Subject to the cruelty of the Turks, to the taxes to be paid and with the example of the freedom of the Serbs, but above all supported by an unquenchable hatred, the farmers of Herzegovina were the first to rise in 1852 and 1857, also spurred on by the Prince of Montenegro Danilo Petrovic. When the exploits of Garibaldi in Southern Italy were known in 1860, they wanted to follow suit and, together with some Garibaldi volunteers, in 1861 they rose up, led by Luca Vukalovic.