Belgium is a member of NATO and is one of the original countries in the organization. General military duty was abolished in 1995. The strength of the Belgian armed forces is about 26,550 active personnel, and a reserve of about 5100 personnel (2018, IISS).

Army, Navy and Air Force are no longer their own arms branches, but components of a common force.

The force component for the land component is 9750 personnel, and heavier materials include 19 storm tanks and 78 armored personnel vehicles (2018).

The sea component has a personnel strength of about 1450, with a fleet which included two frigates of the Karel Doorman class (3300 tonnes), two patrol vessels, five minesweepers and three logistics and auxiliary vessels. 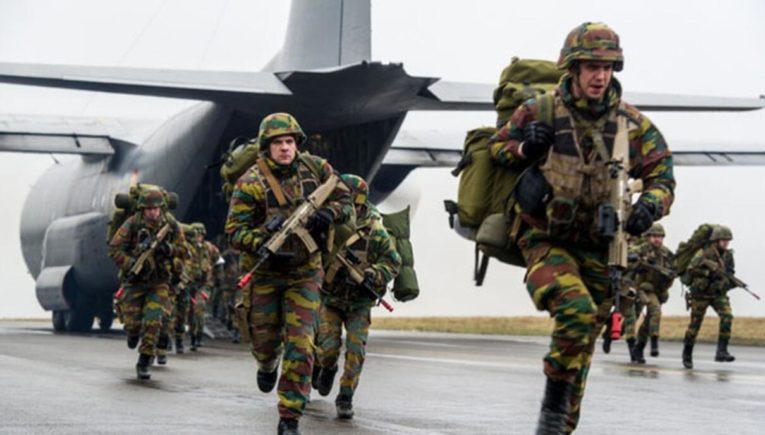 Belgium participated in NATO operations in Afghanistan (Operation Resolute Support) with 78 personnel, and in the North Sea (SNMCMG1) with a minesweeper. Belgium also had forces deployed in Lithuania in 2018 in connection with NATO operations, which consisted of 100 personnel (Enhanced Forward Presence) and four F-16 fighters (Baltic Air Policing).