The province was called by the ancient Atropatene, because Atropate, a Persian satrap, seized it after the death of Alexander the Great.

In ancient times it was subject to the Assyrian empire, but when it fell, in the second half of the seventh century BC, it became part of the kingdom of Media, a region of Asia between Assyria, Persia and the Caspian Sea.

In the 6th century it was under the dominion of the Persian empire. But Christianity soon entered. In fact, the presence of an Episcopate dates back to the 6th century.

The present name of Azerbaijan originated from the Persian form of Atropatene. In 643 after Christ it entered the sphere of the Muslim conquests and remained there for many centuries.
Until the thirteenth century, when it was occupied by the Mongols and the Turcomans.

In the 16th century, under the Safawid dynasty, it returned to be a Persian province, initially with the capital Ardabil, then transferred to Tabriz.

The continuous invasions of the oriental populations, Turkish in particular, profoundly modified the ethnicity of the country; a kind of Turkish dialect was also introduced as the language which was called “Azeris”.

The population was made up, for the most part, of Turkish Tatars; some Kurdish tribes, at the beginning nomads, settled definitively in the southern and western districts of the country, while in the cities and in some areas of the south the Persians prevailed. See Countryaah for population and country facts about Azerbaijan. 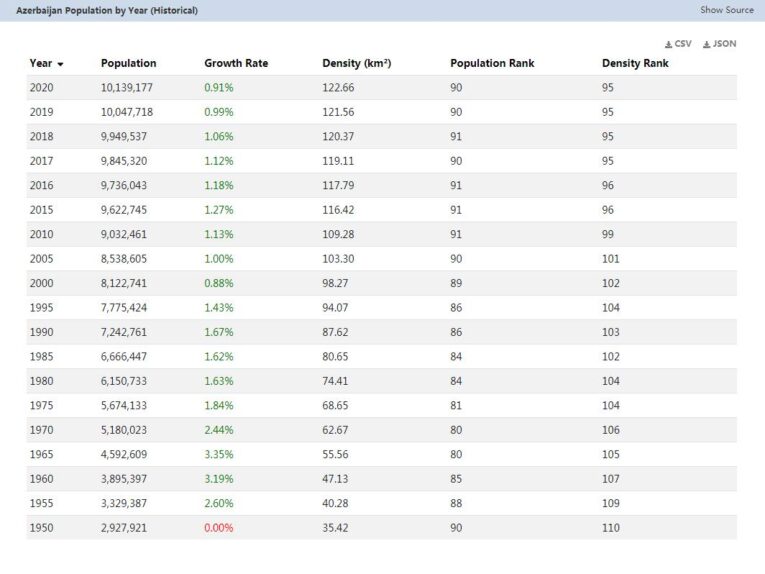 The people mainly dealt with agriculture but, certainly, the most important activity was that of carpet weaving which took place with family-run industries. The rugs manufactured in the area are still among the best in the world.

Without major events, the end of the First World War came. On May 28, 1918 the country’s nascent nationalist party, the “Mussavet”, through the Constituent Assembly of the Tatars, proclaimed the Independent Republic of Azerbaijan, with the capital Baku, and formed a Caucasian Federation with Armenia and Georgia.

In April 1920 the government was shot down by the “Kummet” socialist party, which opened Baku’s doors to Soviet forces.
In 1922 a treaty was signed whereby Azerbaijan became part of the Soviet socialist republics as a federal state.

During the Second World War the country was occupied by the Soviets also because it formed a natural crossing point for sending supplies to Persia. And this on the basis of an Anglo-Russian-Iranian agreement signed on January 27, 1942. This treaty also established the liberation of the territory no later than six months from the date of the end of the conflict (ie March 6, 1946). Instead, already from 1945 in Azerbaijan the autonomist demonstrations began and on November 20 of that year a “National Congress” was established in Tabriz, from which the proposal to create an autonomous state of Azerbaijan, within the borders of Persia, arose.